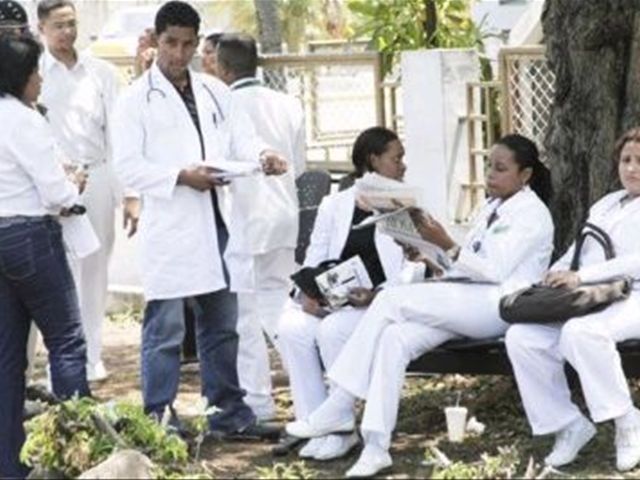 In a press conference, Registered Nurses Union (ADEG) presidentAntonia Rodriguez discarded any division in the health sector. “We’re moreunited than ever.”

She also urged the Dominican Doctors Union (CMD) to continuethe talks with the government initiated three months ago.

When asked about CMD president Waldo Ariel Suero’s refusal,to accept the government’s proposal, Rodriguez said "he might not agree,but there are eight unions here that gladly accepted the proposal."

She noted however that “for the moment,” nothing is signed regardingthe proposal, but stressed that they’ve already accepted it.