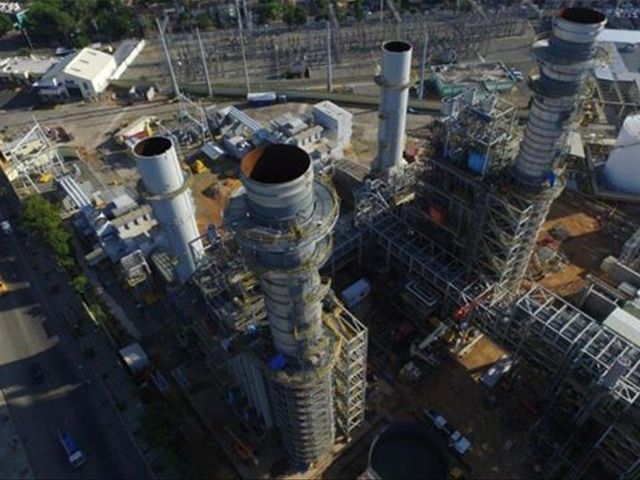 Santo Domingo.- AES Dominicana has set a newhistorical record of generation by reaching a consolidated production of 5,450GWh, compared with its last mark achieved in 2014, with a saving for thecountry estimated at US$300 million, which Is reflected directly in the lowercosts of electricity distribution companies, by purchasing energy, thuscontributing to the financial sustainability of the sector and a continuous andquality service to all users of the National Interconnected Electricity System(SENI).

The information was provided by AESDominicana president Edwin De los Santos, after indicating that it has been anexceptional year for AES Dominicana. "This year our units continued to bethe first to be dispatched for their low production costs, availability andhigh efficiency. This shows that our commitment to natural gas and coal asalternative fuels to oil continues to deliver positive results, whilerecognizing the significant reduction in oil prices. "

He added that in 2016, US$41.6 million havebeen invested in projects that will enter in 2017 and that, added to the 260million dollars for the construction of the combined cycle of DPP, theinvestment of AES Dominicana in the country already exceed US$1.3 billion."The presence of AES in the Dominican Republic has proven to be astrategic alliance that benefits the entire population by bringing decades ofoperational efficiency, constant innovation and the corporate sense oftranslating our operation towards national competitiveness and improving the qualityof life of Dominicans in 2017 and a vision of clean energy andinnovation."

De los Santos announced that a highlyinnovative, large-scale energy storage project (AES Andres, Itabo and DPP) willstart operating in the Dominican Republic and the Central America and Caribbeanregion, which consists of installing around 30MW to contribute to the stabilityof the interconnected electrical system and to continue with the most efficientenergy injection into the system. The DPP combined cycle will also startoperations, which will inject an additional 114 megawatts of clean energy.

As for renewable energy AES will average 3.5MW on average, through two solar projects in AES Andres and Itabo and two micro-turbines,to maximize the injection of clean energy to SENI.

"In addition to this, I am pleased withthe contribution that we make to the communities where we have our operations,with the materialization of different projects in improvements of communityinfrastructures such as construction of sports complexes, renovation ofplaygrounds, educational programs with the Educational excellence award, anddirect support to more than 3,000 public and cultural school students,including the award of 17 scholarships to students at the National Conservatoryof Music to study at the University of Berklee in the United States. All thiswith an investment of more than 25 million pesos only this year," De losSantos said.

Strategic partner of the State

"Another aspect that I would like toemphasize – the president of AES Dominicana stressed – is the successfulalliance that we maintain with the Dominican State in the power plant Itabo,through the Asset Fund of the Reformed Companies (FONPER), to date we’vedelivered 170 million dollars to this institution, which translates intobenefits for the social works carried out by this important organization in therural communities of the country."

"We recognize that all Dominican andforeign capital companies based in the country have to comply with ourrationale, an electric power company has a high commitment to the economic andsocial development of the country, with the safety of all people who day by daywork in each of the localities and with the adaptation to the changing times ofthe world of electricity and that we achieve through innovation we, in AESDominicana work in all these aspects."