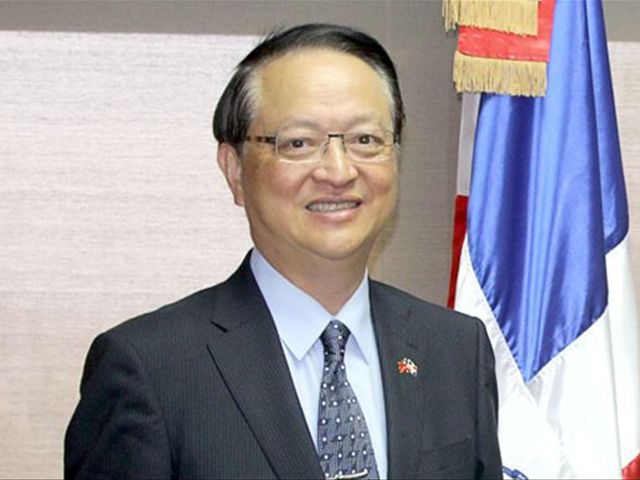 Santo Domingo.- Taiwan ambassador ValentinoTang on Thursday said the Dominican Republic is his country’s main tradingpartner in the Caribbean, and with the highest presence of Taiwanese companiesin the region.

"As far as my mission as an ambassadoris concerned, it is focused on boosting investment. In 2014, in the Free Zoneof Tamboril, a factory of sports shoes was inaugurated in Santiago, with acapital of 35 million dollars and this year, the Taiwanese company General EnergySolutions, installed the solar power plant Monte Plata Solar in Monte Plata province,"the diplomat said.

He said the plant cost US$115 million,"being the largest solar power plant in all of Central America and theCaribbean,."

Tang said one of Taiwan’s most important textilesmanufactures wants to invest in the Dominican Republic, "as well as othercompanies that have evaluated the country’s excellent investment climate."

The ambassador lauded the ties between Santo Domingoand Taipei, "which have maintained very cordial relations for more thanseven decades," which he affirms have been strengthened through cooperationprograms in various areas in recent years, citing three major projects in SantoDomingo Este.

As part of the annual meeting of TaiwanScholarship Alumni, its president Ivan Ernesto Gatón said despite the country’sdiplomatic ties with Taipei, "from the perspective of the politicalrealism of international relations, it is more beneficial for the DominicanRepublic to maintain its good commercial ties with Beijing without breakingdiplomatic ties with Taiwan."