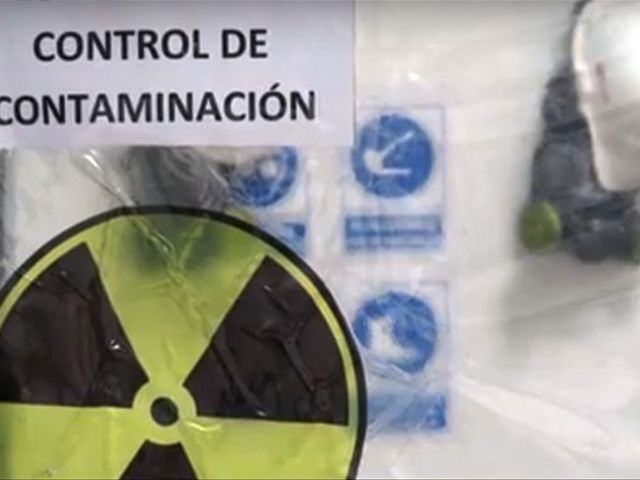 Radioactive sources are used in fields suchas medicine, industry and mining. Once they have served their purpose, suchso-called disused sources must be safely and securely stored or disposed ofbecause they may pose hazards to public safety, the environment and to nationalsecurity. Protecting the public and making sure that radioactive material doesnot fall into the hands of criminals are, therefore, a priority for thegovernment, said Vice-minister of Energy and Mines María de los Ángeles Peña.

Any disused radioactive source identified inthe country is transported, characterized, classified, conditioned and storedin a centralized facility built in 2010 in Sierra Prieta, outside the capitalSanto Domingo. The amount of time the sources are kept in this safe and securestorage can range from a few years to up to 50 years, depending on their levelof activity and the period for which they remain radioactive.

“All radioactive sources that are no longerusable end up in the storage facility,” Ángeles Peña said. “We do this toensure not only nuclear safety, but also nuclear security, which we take veryseriously.”

The facility is vigorously protected withfences and guards and constantly monitored with cameras. An armed militaryguard is present round the clock. The facility is equipped with radiationdetectors provided by the IAEA (International Atomic Energy Agency). A team ofprofessional staff trained under IAEA technical cooperation projects is incharge of the operation, maintenance and regular inspection of the storagefacility.

Around 170 sources from applications inhospitals and industry as well as so-called orphan sources — radioactivesources that are lost and then found again — detected in scrap metal industrieshave found a home in the facility. Some are high-activity sources, meaning theyemit high levels of radiation, such as those used in radiotherapy to treatcancer. Others are low-activity sources, such as those used for industrial andresearch applications.

“Radiotherapy can do wonderful things,” saidLuis Morilla, the engineer responsible for the operations of the storagefacility. “If you look at brachytherapy, for example, you see how well it cantreat cervical cancer. But after a while, once these sources are no longerusable, hospitals need to dispose of them. And nobody wants to keep them;nobody wants anything to do with waste.”

Other disused sources come from mining,agriculture and construction. Gold processors, for example, use radiotracers —chemical compounds containing radioisotopes that emit radiation — to study flowpatterns. Since the Dominican Republic has the biggest gold mines in LatinAmerica and the Caribbean, many sources come from this industry.

The work of the staff at the facility goesbeyond storing disused sources, Morilla added. “The key here is that we’veestablished a network of professionals all around the country and acrossmultiple disciplines,” he said, to spread the knowledge about the importance ofhandling radioactive material safely and securely.

In 2013, the National Energy Commissionestablished a network for the safe and secure transport of radioactivematerials. As a result, professionals from all relevant disciplines regularlymeet to exchange information.

The network connects government officials,police and customs officers, emergency preparedness and response professionals,nuclear regulators, transport officials and port and airport staff. Its aim isto prepare all relevant stakeholders to respond to an emergency. Under thenetwork, the National Energy Commission coordinates training courses in nuclearsafety and security and organizes emergency preparedness and responseexercises.

“The idea is to apply the safety standardsand security guidance we learn from the IAEA to all areas in which radioactivesources are used across the country, even before disposal,” Ángeles Peña said.In the past two years, they have trained more than 30 experts in nucleartechnology, safety and security through IAEA expert missions and fellowships,she added.

In line with the radioactive waste managementnational strategy, Dominican authorities don’t expect to store large volumes ofsources in the future. “Our first option is to give radioactive sources back tothose who provided them,” Morilla said. “But some sources cannot berepatriated. We have historical sources and donated sources, for example, thatwe just can’t give back.”