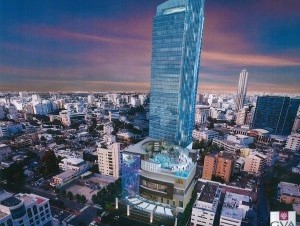 Santo Domingo.- National District mayor David Collado, on Friday said he was  informed Thursday that Hard Rock hotel has decided against building a property at the heart of ​​the Dominican capital.

“City Hall stands firm and will abide by the court’s decision,” Collado said, quoted by diariolibre.com.

Several neighborhood boards had staunchly opposed the construction of the project’s controversial hotel, despite president Danilo Medina had headed groundbreaking. The National Hotels and Tourism Association (Asonahores) had also announced its support.

The nearby residents argued that the permits issued by the National District City Council during the past administration violated zoning and environmental laws and regulations, which restrict constructions in that area to 23 floors, where the Hard Rock project has 38.

Miriam Paulino, attorney for the residents in the Piantini-Naco area, said the work violated municipal resolution 94-98, and that the project didn’t comply with traffic requirements, and was short on parking lots.