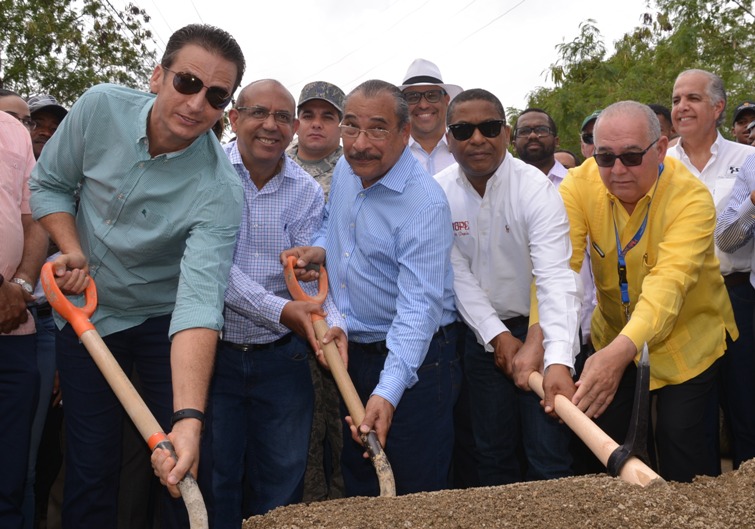 Puerto Plata,- Of 125 works that form part of a program to spur Puerto Plata’s development, 16 have already begun construction in several communities of the province, where a wave of enthusiasm spreads among the towns’ inhabitants.

The works will be built at a cost surpassing RD$3.6 billion, according to the Public Works Ministry, whose cabinet chief Ramón Antonio Pepín headed a commission which broke ground on several works during a tour of the area.

Among the works figure the road from Cupey to La Gran Parada, the construction and reconstruction of bridges, country roads, storm drain systems, floodwalls and the hospital at Sosua.