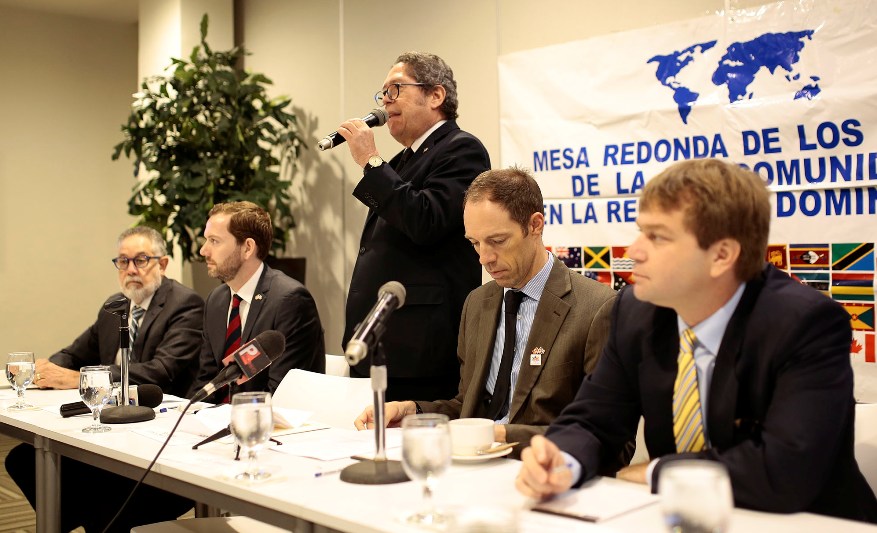 Santo Domingo, – One of Dominican Republic’s major trade promotion associations on Monday said exports to Commonwealth countries topped US$1.47 billion in 2016, while imports from those nations totaled around US$782.0 million, for a favorable surplus of US$664.0 million.

Roundtable of Commonwealth Countries president Fernando González Nicolás said Monday the figures place the Commonwealth countries as the Dominican Republic’s third biggest trading partner , after the United States and Haiti, according to statistics on the volume of Creole products and services that Are sent outwards.

González, who’s also a Dominican consul in Malaysia, delivered the keynote speech to mark World Commonwealth Day in an activity held in the Torre Empresarial on Sarasota Av. attended by diplomats from those nations accredited in the Dominican Republic.

The business leader urged Dominican exporters to  work harder to diversify trade and bolster foreign relations, and noted that the Commonwealth is a tangible multiplier alternative.

The other speakers included Canada envoy Steve Coté; the consuls in Antigua and Barbuda Ricardo Koenig; Campos de Moya, in India and from Great Britain, Matthew Webb, who read the commemorative message from Commonwealth leader, queen Elizabeth II of England.