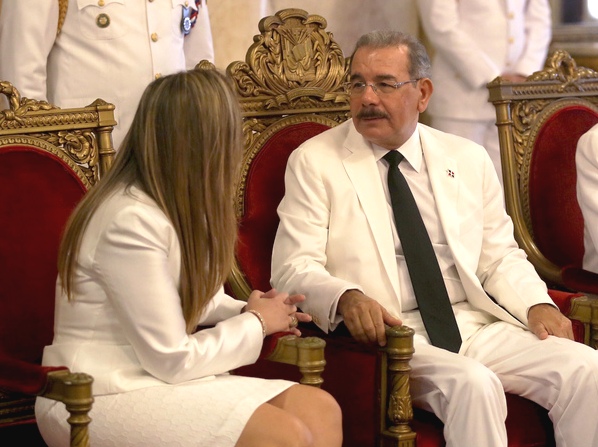 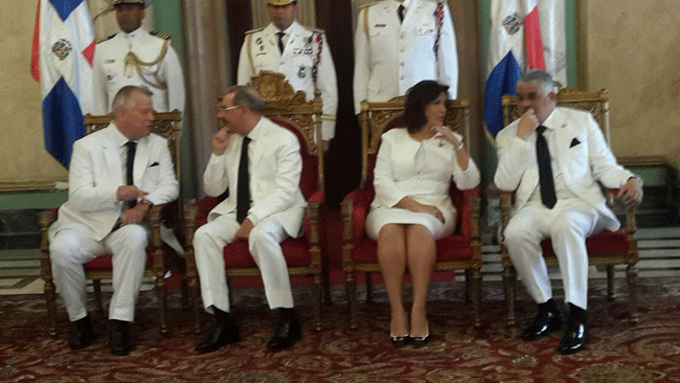 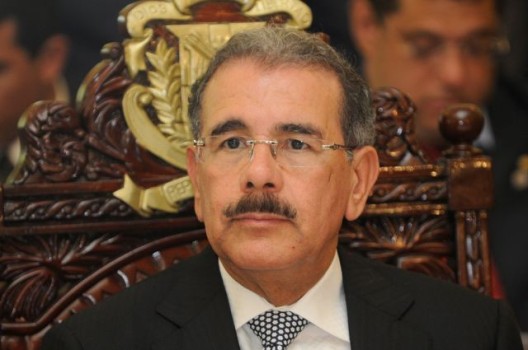 Santo Domingo.- President Danilo Medina on Tuesday received the credentials of six new ambassadors accredited to the country by their respective governments.

The president spoke with each diplomat for around five minutes.

Medina was accompanied by vice president Margarita Cedeño and Foreign Minister Miguel Vargas, among other senior official, in the National Palace ceremony.