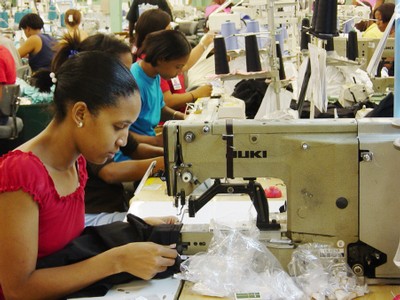 Garment workers won't get much of a raise...

Santo Domingo.- Business leaders on Friday scurried out of the meeting with frowns, after labor and government representatives decided to raise the non-sectorized minimum wage by 20%.

The Labor Ministry’s National Wage Committee announced the decision after the meeting where the three parts sought to agree on a salary increase for workers in the non-sectorized private sector.