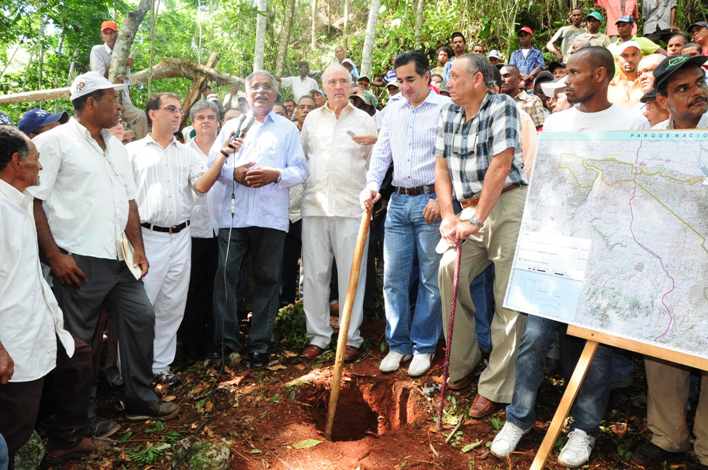 Santo Domingo.-  Environment minister Francisco Dominguez on Wed. announced the start of construction of the “Water Plan” of the country’s eastern region, with Lost Haitises National Park at the center of the ambitious project.

During a conference at UFHEC University, La Romana campus, the official said the plan aims to recover the region’s main water sources to guarantee its quantity and quality in the long term.

He said the work includes dealing with the pollution of rivers, the emergence of slums near water sources, sewage treatment, reforestation of watersheds, the transformation of cattle farms in places of agro-forestry production and eliminate charcoal trafficking.

Domínguez spoke to students on the importance of preserving protected areas as a source of sustainable resources for the Dominican Republic.

He cited Valle Nuevo National Park as an example of the importance of water production for Greater Santo Domingo and other parts of the country.

He said Los Haitíses National Park is the water source for the Eastern region, and also cited the importance of Sierra de Bahoruco National Park and Bahia de las Aguilas.

The official stressed that all Dominicans should be committed to work toward a sustainable environment, and that it’s up to each citizen to demand the proper management of the natural resources.

“Let’s not be indifferent or apathetic, let’s make every effort to make the Dominican Republic a micro continent full of biodiversity,” Domínguez said, highlighting the government’s push to recover the mountains, especially in the South where seven agro-forestry projects developed at a cost of RD$6.0 billion.

“This ambitious government plan seeks to rescue 47,000 hectares of land where we propose that thousands of farmers can take advantage of the soil in a sustainable manner, and have a decent life without having to raze the hills,” Dominguez said.