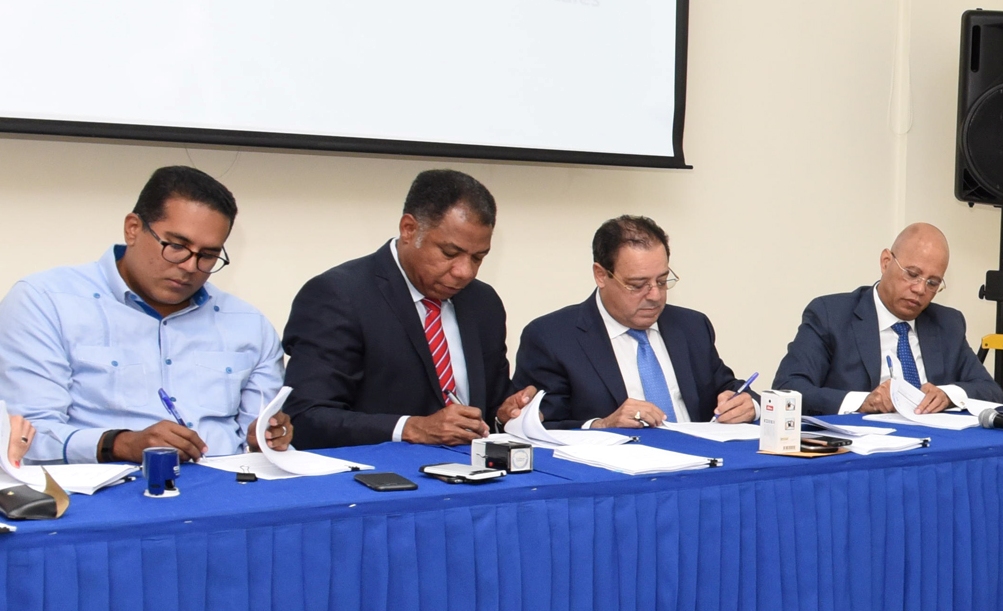 Santo Domingo.- The State-owned electricity distribution companies Edenorte, Edesur and EdeEste on Monday signed contracts to buy 471.4 megawatts of energy, from the power plants EGE Itabo, and AES Andrés, through a tender by the State-owned Electric Utility (CDEEE).

Through the 5-year contracts in effect as of April 20, AES Andrés will supply 275 megawatts, whereas EGE Itabo will provide 196.5MW.

The contracted electricity will cost 8 cents Kw-H, according to the Power Purchase Agreement, approved April 7 by the Electricity Superintendence (SIE).

The contracts were signed at CDEEE offices by the administrators of the three distributors of electricity.