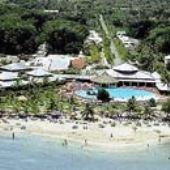 Washington.- Central America will slightly increase its growth rate to 3.9% in 2017 and 4.1% in 2018, with Panama at the head of the subregional expansion

It said the Dominican Republic, although not a member  of the Central America subregion will grow 5.3% this year.

The International Monetary Fund (IMF) released the figures on Tuesday in its report ” Global Economic Prospects.”

It said Central American will rebound after the 3.8% posted in 2016, and is partly due to the robust growth rate of the United States economy.