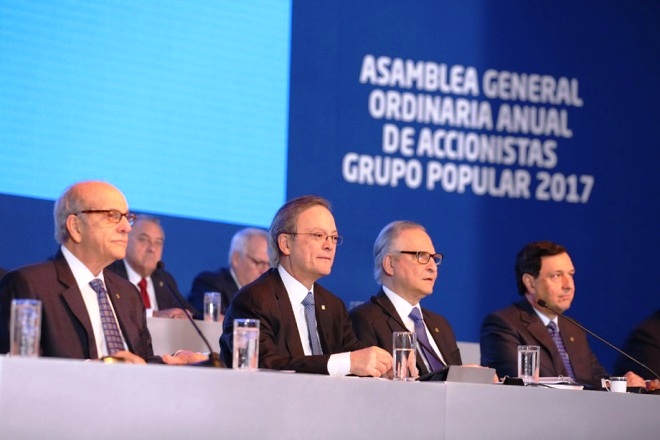 “Equity funds that support the operations of the Popular Group and its subsidiaries closed last year with a balance of RD$51.2 billion, which grew by RD$8.4 billion in 2016,” Grullon said during the bank shareholders’ assembly.

He added that the activities carried out by Grupo Popular’s local and international subsidiaries allowed the parent company to post consolidated gross profit of RD$9.8 billion.