The country must be declared free of swine fever: hog farmers 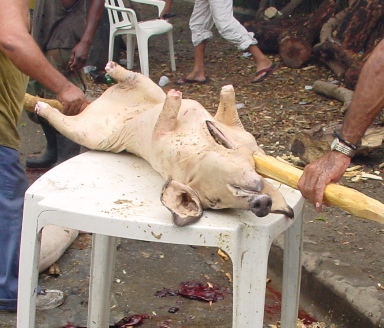 Santo Domingo.- The Dominican Republic cannot export pork since 1978, when classical swine fever was detected, and has yet to be eradicated, according to Dominican Pork Producers Federation president Israel Brito.

He said the situation means losses of around RD$24 million in since the vaccines must be bought in France.

He said pig farmers vaccinate 70% of the hog population and the official sector the remaining 30%. “But declaring a country free of swine fever is done by states in conjunction with international organizations and we in the agricultural sector have expressed the need for that to occur.”

Interviewed by the Corrpio Media Group, Brito said the situation also affects products such as sausages, which cannot be exported, even though there is a significant market which includes the United States. “We have buyers in the area, but with the plague issue we cannot take advantage of it.”