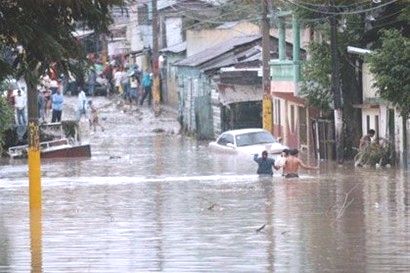 He said a 6-meter wide dike of more than 70 kilometers was built during his tenure, in places where the river does the most damage to homes, crops and livestock.

The main constructions have been carried out in the towns Jaibon, Hatillo Palma, Castañuela, Palo Verde, and Los Cáceres de Montecristi, where the swelled Yaque causes the greatest damage.

He said the dike will avert from flooding from heavy downpours, because the river will be easier to manage

The 296-kilometer long north Yaque river has a flow of 80 meters per second; is born in Loma Rusilla in the Cordillera Central, and its mouth is in Montecristi in the Atlantic Ocean, making it the country’s longest.