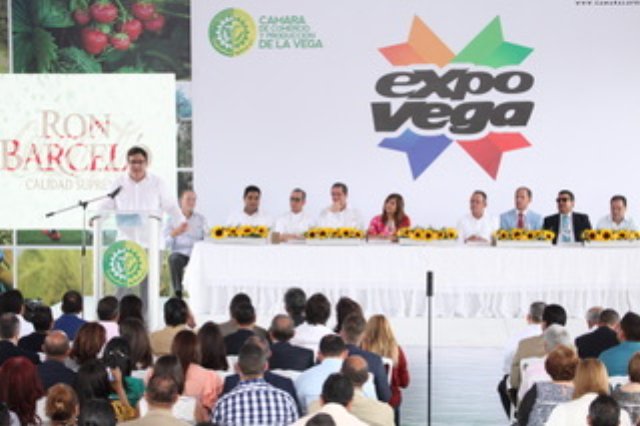 La Vega.- Now in its 22nd year, Expo Vega Real 2017 was inaugurated Thursday, with a call for unity between sectors to transform the province into a productive, tourism and export center based on a development plan.

The trade event, with 250 exhibition spaces for companies and institutions, is dedicated to the minister of tourism Francisco Javier García, and will be open until Sunday under the slogan of “Business Integration.”

The president of the Chamber of Commerce and Production in La Vega, Claudio Fernández Martí, declared that the province has potential for being marketed as an investment destination at international level.

“We are positioning La Vega as a productive, tourism and export center for development and growth,” stated Fernández Martí, who called for a public-private partnership in order to meet this goal.

The president of Expo Vega 2017, Irlonca Tavárez, called for social unity to transform the province into a development model that will benefit all of its inhabitants.

The minister of tourism, main speaker at the opening event for Expo Vega Real 2017, was recognized for his contributions to the province, highlighting the investment in projects that promote religious tourism.