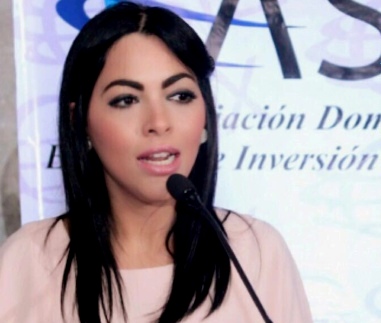 Santo Domingo.- Dominican Foreign Investment Companies Association (ASIEX) executive director Patricia Bobea on Monday said they support an amended and modernized regulation to ban the sale of propane gas in diesel and gasoline stations, as it would seve to develop and expand new investments and businesses, while creating facilities for users and consumers.

“All regularization must be timely and respond to the opportunities of supply, demand and the diversity of local and international markets, to create platforms that allow greater development of investments and expansion of new business schemes, under the corresponding safety and quality standards,” the executive said.

The executive of ASIEX referred to an initiative that would allow the sale of propane gas in the same stations where gasoline and other fuels are sold.

She said ASIEX has always favored public and private policies that promot a viable economic and social climate that bolster the country’s competitiveness and spurs the expansion of local and foreign investment, under the constitutional principles of free enterprise.” Any revision that limits the development of investments is inappropriate, not only with this regulation 2119, but also with the necessary regularization of municipal councils, among others,” Bobea said.

She said that beyond extending the access to the user and consumer of propane, the modernized regulation would allow the sale in liquid fuel stations, under the pertinent standards and quality and security norms, providing new business platforms for fuel companies – mostly foreign capital , “to expand their investment in our country, especially in business schemes that are common in international markets, such as Canada, Europe, some American states, among others.”

“The government has addressed positively some of the obstacles that limit competitiveness, as was the case in the transport sector, among others,” Bobea said, adding that ASIEX is confident that the Government, “through the Industry and Commerce Ministry, will continue its effort to address the challenges that limit the expansion of investments, business and the nation’s integral growth. “