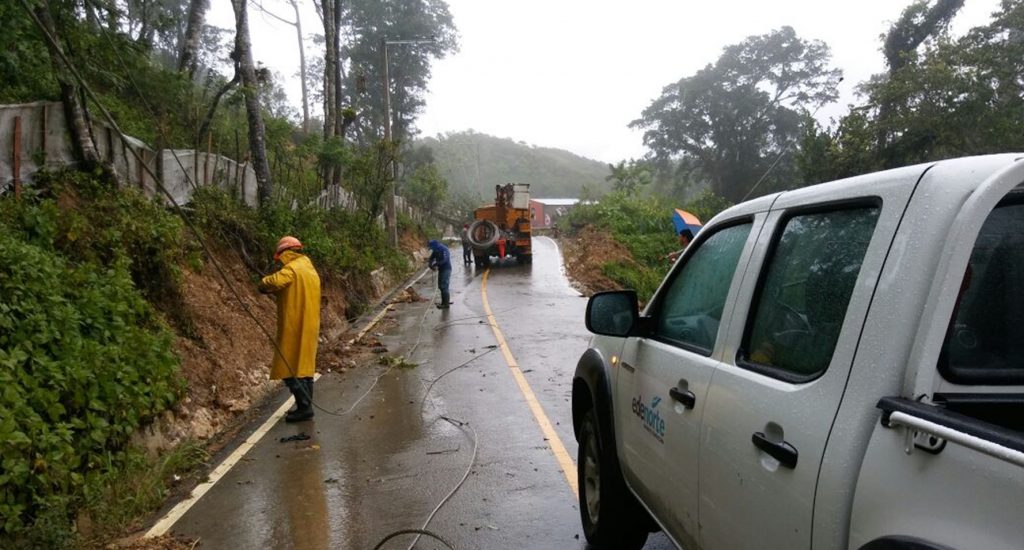 Santo Domingo.-  The State-owned Electric Utility (CDEEE) on Thursday reported that the northern and eastern regions were the areas most affected by Hurricane Maria, with 100 circuits out of 591 without power, due to breakdowns and precautionary outtages.

“Despite the occurrence of breakdowns and the fall in generation, the supply of the three distributors, including the southern Edesur, exceeds 80% of the demand of active customers, which has been achieved thanks to the rapid responsiveness of the brigades to the problems that have arisen and which do not involve major suspensions,” the utility said in a statement.

The utility has yet to provide figures for the north region (EdeNorte).