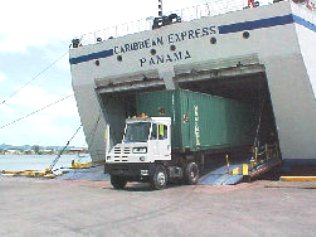 He said the balance of trade between the two countries s has been dwindling for three year as a result of the Island’s economic crisis.

He noted however that at the moment trade between the two countries is “semi-paralyzed” until power is restored and transport conditions improve.

He said the two weeks of halted trade have led to around US$200.0 million in losses, and could reach US$300 million if the crisis continues.

Calderon said trade between the two countries reached US$1.300 million by 2014 and is around currently US$1.05 billion.