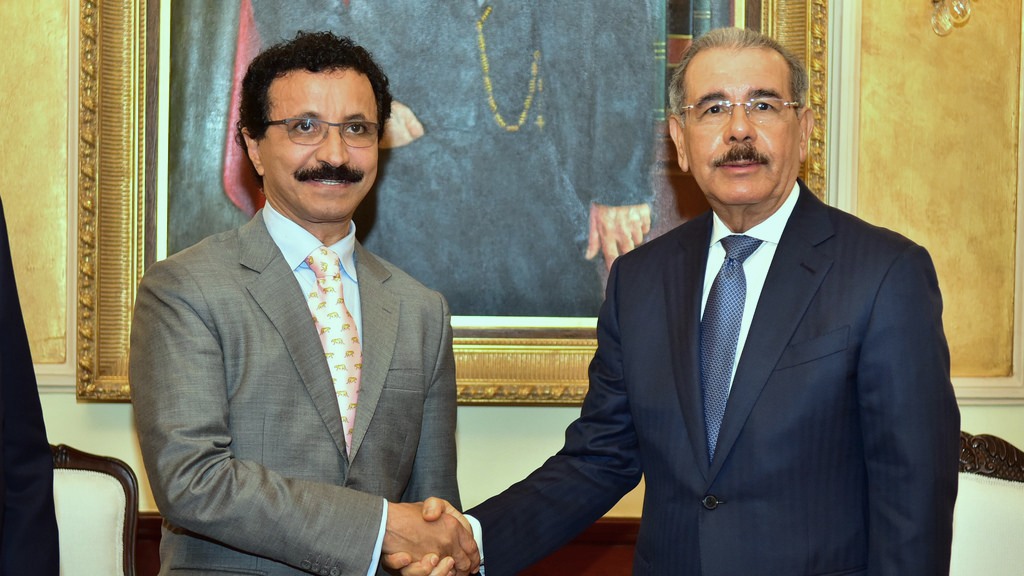 Santo Domingo.- The sultan of Dubai, Ahmed Bin Sulayem, on Tues. paid a courtesy visit to president Danilo Medina, in the National Palace.

Caucedo Multimodal president Samuel Conde and its general manager Morten Johansen accompanied the sultan, among other executive and officials.

Medina and Bin Sulayem had met in the National Palace in October 2015, when the Caucedo Logistics Center was inaugurated at Caucedo Port.