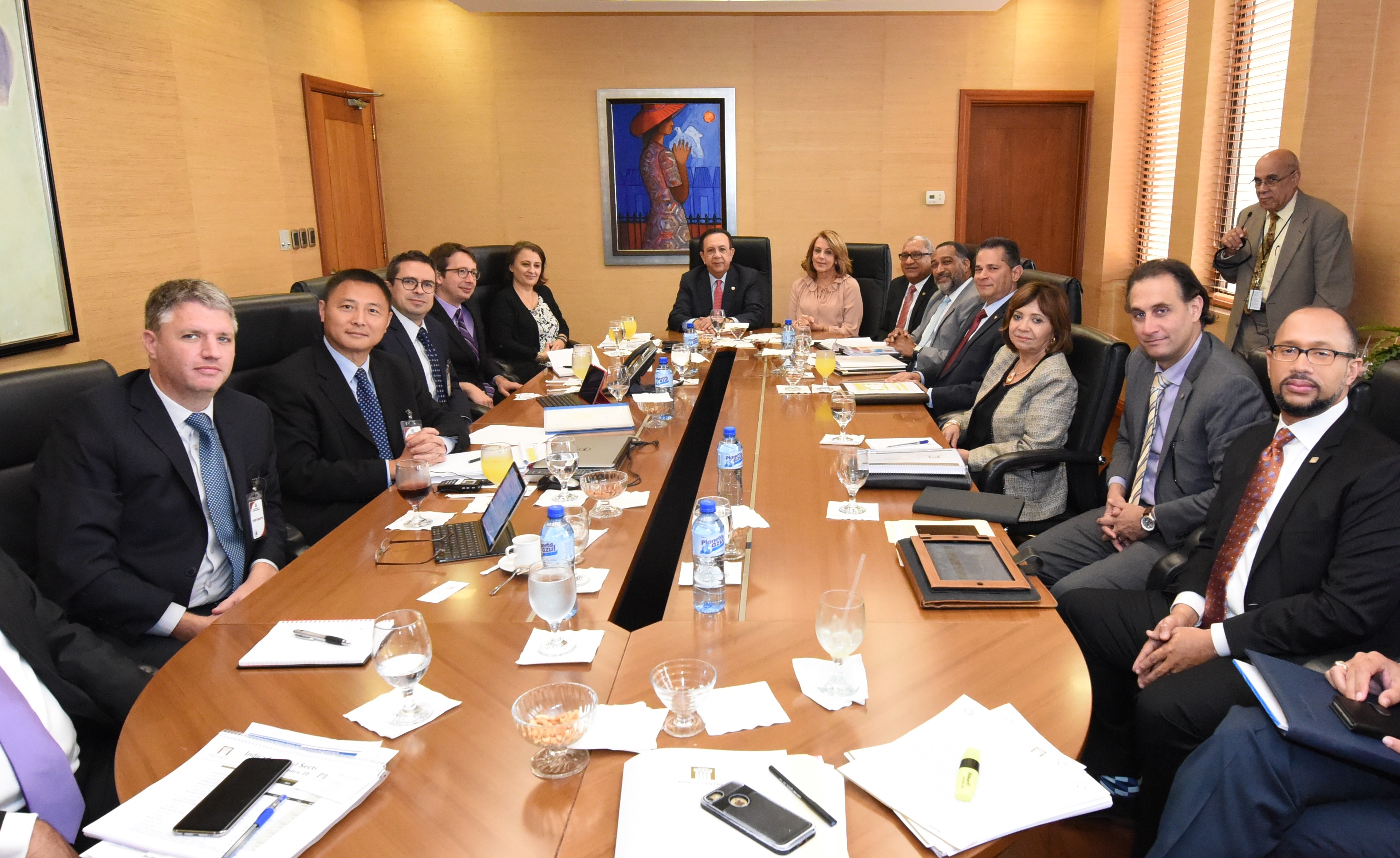 Santo Domingo.- The governor of the Central Bank of the Dominican Republic (BCRD), Mr. Héctor Valdez Albizu, met with the technical mission of the International Monetary Fund (IMF) that visited the country on Monday to monitor the behavior of the Dominican economy, which is known as a Staff Visit.

The mission of the IMF is headed by Aliona Cebotari and integrated by Javier Arze del Granado, Ben Sutton, Dmitry Plotnikov and Hui He.

Asked about the recent performance of the Dominican economy, Governor Valdez Albizu reported that in the January-August 2017 period, Real GDP recorded a growth of 4%, with cumulative inflation to September of 2.42 percent. He said that this year would close with growth close to the potential of the economy, with inflation below the central target of 4% +/- 1 percent.

He explained that there is still a lack of data to measure the behavior of September, due to hurricanes Irma and María, some institutions have not completed their reports. He recalled that in that month, due to these atmospheric phenomena, there were several days of inactivity at the national level and some affected provinces took more than a week to restart their operations.

He added that, in addition to these hurricanes, in the second quarter of this year the country was affected by low domestic demand related to external and internal expectations that impacted the investment decisions of the private sector, together with lower public spending on infrastructure in that country, in the same period. He explained that, faced with the lag of the economy in the April-June period, the Monetary Board approved in July the reduction of the legal reserve requirement by 2.2 percentage points, equivalent to RD$20.4 billion pesos, to be allocated to the productive sector, through financial intermediation entities.

He stressed that this measure has had a multiplier effect on loans to the private sector in local currency, which have increased almost RD$24 billion in less than three months, of which some RD$13 billion correspond to the resources disbursed from the legal reserve

He pointed out that these favorable monetary conditions have contributed to a boost in domestic production, which in August already had a significant turning point, registering an expansion of 5.1% and an accumulated growth from January to August of 4.0%, according to the latest figures available from the Monthly Indicator of Economic Activity (IMAE).

He stressed that the country has significant levels of international reserves, and it is estimated that by the end of the year the four months of imports will be reached. He said that there is a large flow of foreign currency and it is estimated that at the end of the year some US$26 billion have been generated for this concept, of which US$7.2 billion would come from tourism.

He highlighted the excellent coordination between the monetary and fiscal policies, and spoke about a joint project between the Ministry of Finance and the Central Bank of the Dominican Republic for the definitive solution of the quasi-fiscal deficit.

The IMF mission will be in the country for five days and in addition to the BCRD, it will hold meetings with the Ministry of Finance, the Ministry of Economy, and representative entities of the private sector.