Team which eradicated the Med-Fly gets international kudos 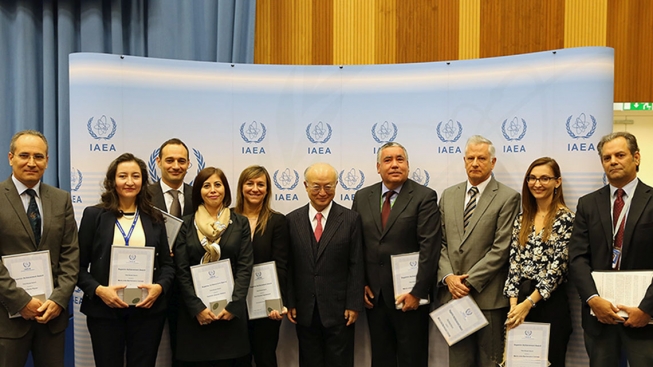 Santo Domingo (iaea.org).- The team from the Joint FAO/IAEA Division of Nuclear Techniques in Food and Agriculture, Department of Nuclear Sciences and Applications, and the Latin America and the Caribbean Division, Department of Technical Cooperation, was presented with the prestigious IAEA Superior Achievement Award for its exceptional commitment, dedication, professional rigour and initiative.

The presence of the Mediterranean fruit fly (Ceratitis capitata Wied.) was officially reported in the Dominican Republic in March 2015.