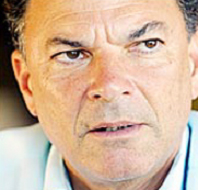 After noting that Medina has taken important steps to boost the growth goal proposed for 2022, such as road construction and amending the tourism incentive law, Rainieri said it’s urgent to strengthen the areas of infrastructure, legal security and tourism promotion.

“We have to reach higher levels of institutionalism and control and we lack coherence in the laws related to the sector to achieve sustainable development and growth during the next 20 years,” said the CEO of Grupo Puntacana, speaking at an event to mark the 40th anniversary of the Dominican Tourism Press Association (ADOMPRETUR).