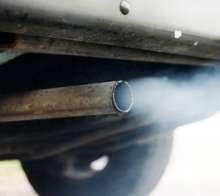 Santo Domingo.-  “The last mishap we had was due to a bad intervention of a vehicle and being unaware of how the catalysts and seals which the vehicle must have, so that the gases don’t enter the vehicle,” said National Transport Institute (Intrant) director Claudia de Los Santos on Wed., referring to last week’s tragic death of three people from carbon monoxide in their car.

Although for years Dominican Republic’s vehicle owners have been forced to pay for a technical inspection, known as the revista, de los Santos acknowledged that the checks weren’t up to standards.

She stressed that vehicular inspections are one of the most important points in the Transport Law, and noted that the Intrant works on the regulation of the inspection, the provinces where the inspection stations will be located and to register the workshops nationwide.  “Starting the second half of 2018 we could already have the first inspection centers.”

The official said to reduce traffic accidents caused by the poor state of the vehicles, the Intrant works to establish inspection centers in three of the country’s ports where used vehicles enter, in coordination with Customs.

“We have a situation of used vehicles that enter the country that have been discarded in other countries and since the Dominican Republic doesn’t inspect them, they are being allowed to enter,” De los Santos said on Channel 9, adding that the condition of an auto’s exhaust system, tires, lights and brakes, “isn’t negotiable.