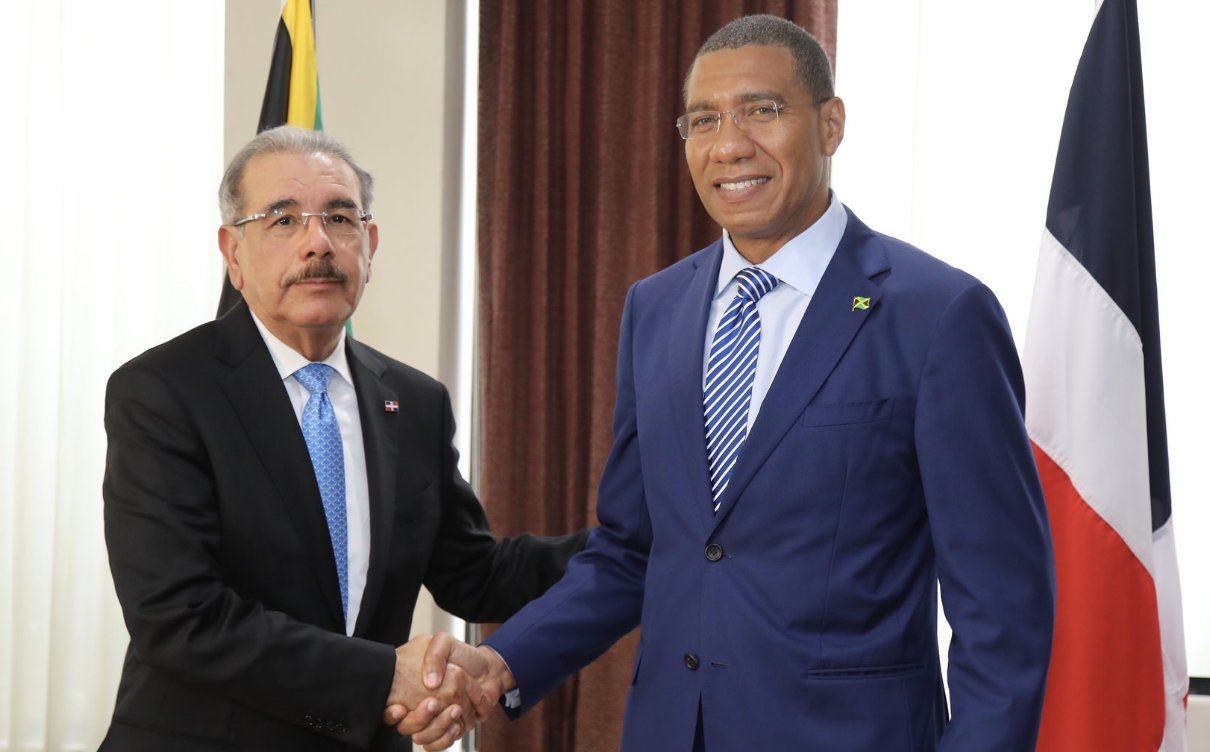 Kingston.-President Danilo Median and Jamaica Prime Minister, Andrew Holness, on Mon. agreed to bolster trade and investment between the two countries, to create more opportunities, jobs and income in both nations.

As part of the Dominican president’s official visit to that island, both leaders agreed to start a new stage of win-win cooperation, to provide tangible benefits to the people of the two Caribbean territories.

Medina also invited Jamaica officials and business leaders to the Caribbean Fair from March 6 to 9, as part of the ‘Santo Domingo Hub.’

“I take this opportunity to send a fraternal greeting to the people of Jamaica. I want you to know that the only interest of the Dominican Republic is to have the possibility of policies of opening, cooperation and solidarity for all,” Medina said.

Medina and Holness agreed that the tourism sector has posted considerable growth in Latin America and especially in the Caribbean.

“That’s the reason why it’s time to join forces so that the fruits of this growth are distributed in an increasingly fair and sustainable manner among the Caribbean peoples as a whole,” Medina said.

President Medina stressed that “what we have in common and what unites us is much more than what could separate us. Jamaica and the Dominican Republic have similar goals to achieve, which could be facilitated through cooperation and the strengthening of our alliances. ”

He thanked Holness for the opportunity to participate in the conference to declaration 2017, Year of Sustainable Tourism.

One voice for the Caribbean

The leaders also agreed on the need for Caribbean countries to have a single voice in forums such as the “One Planet” summit on climate change to be held in Paris.