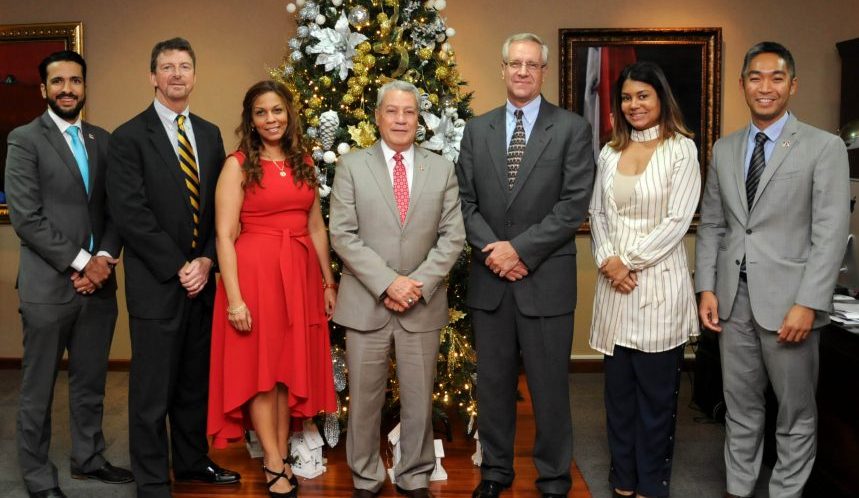 Santo Domingo.- US embassy mission chief, Robert Copley on Tues. visited Industry and Commerce minister, Nelson Toca Simó to discuss various topics of interest, as part of the bilateral ties between both countries .

“We cordially addressed the issues of bilateral interest in the area of trade and other issues that are important in the context of our relationship with the United States,” Toca said.