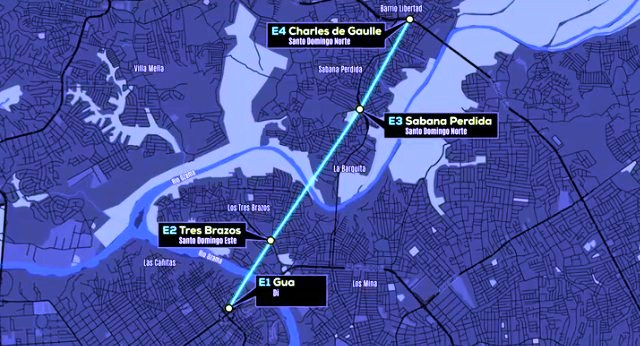 Santo Domingo.- With a consolidation Metro and the steps to launch Santo Domingo’s Cable Car, Dominican Republic joins the group of nations in the region committed to a collectivized transport as a way to decongest their major cities.

In the case of Greater Santo Domingo, traffic is among the biggest headaches that the initiatives seek to face.

The problem multiplies when the tens of thousands of commuters from Santo Domingo Norte and Santo Domingo Este converge on the National District. It ‘s precisely in those area where the Santo Domingo Cable Car is set to start operations in the first quarter.

The modern transport system will mobilize 6,000 people across the Ozama river, linking barrios where 80% of its dwellers rely on public transport to commute.

The shift will leave behind the crowded and often dilapidated cars “concho” and the “voladoras” (“flying buses”), considered among the leading causes of traffic congestion.