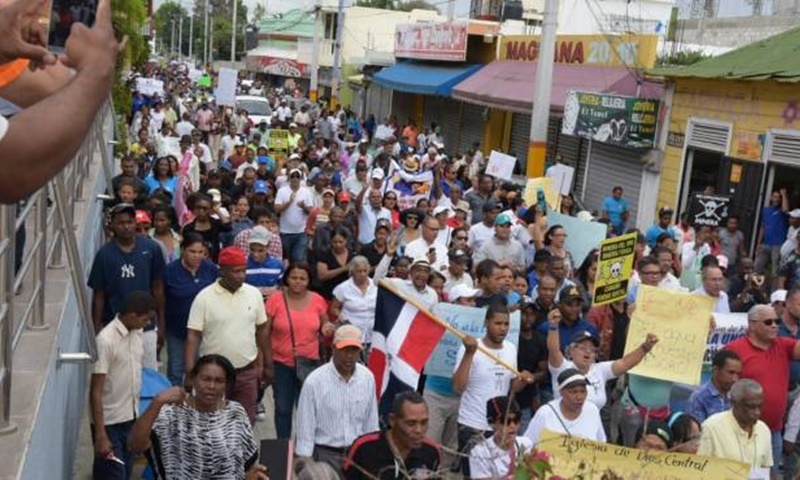 San Juan de la Maguana,  Dominican Republic.-  Hundreds of people marched in San Juan on Sunday against mining, and called on government and the company GoldQuest to consult specialists to to prove its environmental risk to the region.

The Union of Churches and the southwestern group United by Water and Life organized the protest, who along with residents marched through the streets of what’s known as the Grain Silo of the South against mining.

Representatives of society sectors, professionals, churches and politicians participated in the protest and urged president Danilo Medina to reject mining which they say would harm the source of the country’s two major rivers, Yaque del Norte and Yaque del Sur.