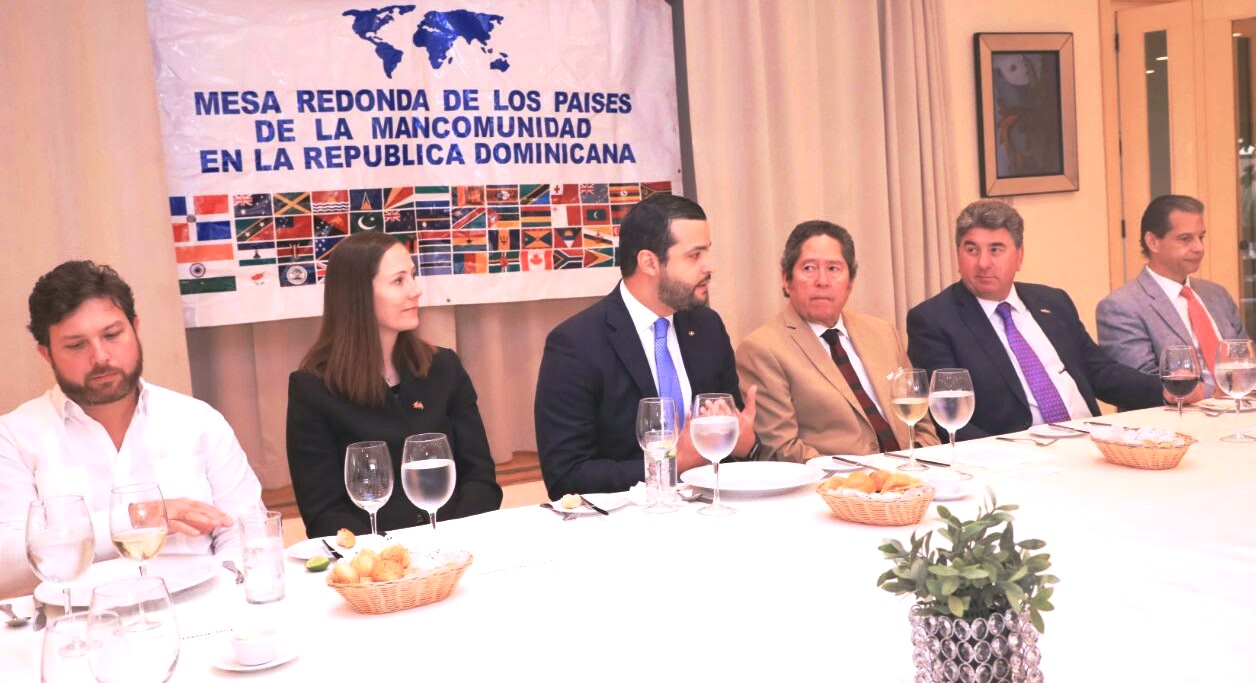 Business leader and ambassadors on dais.

Santo Domingo.- Sixteen representatives from companies of the Roundtable of Commonwealth Countries in the Dominican Republic on Fri. praised president Danilo Medina’s agenda which they affirm seeks to boost trade, exports, productivity, innovation and the creation of jobs.

‘We renew our hopes for the formation of the public-private alliance sustainable through the actions shown by the Dominican Government through the National Competitiveness Council,” said Roundtable president, Fernando González Nicolás.
He said it’s a great advance for the issues related to legal security and foreign investment in the Dominican Republic, the mixed incorporation of the plenary session of Competitiveness.

During a technical meeting with the Roundtable, Competitiveness executive director Rafael Paz, stressed the presidential dispositions adopted since December: reduction of processes to obtain the sanitary registry, the start of a one-stop window for building permits; the reduction of time for the creation of companies, the creation of the National Committee of Trade Facilitation.

He also presented the Dominican Competitive Strategy based on 24 lines of action that seek to improve the positioning of competitiveness in both the Global Competitiveness Index and the Doing Business.
“The measures that we took previously are analyzed and projected through rigorous mechanisms of economic estimation, for which we have strengthened the technical areas,” Paz said.

He affirmed that Competitiveness conducts a study of the norms and regulations in effect during the last 20 years, to render a benefit-impact report that can improve trade facilitation and boost productivity, jobs and innovations.
Attending the meeting were UK Ambassador Chris Campbell; Canada Ambassador Shauna Hemingway; Roundtable secretary, José María Cabral and director Marcos Pena.