Dominican Republic leader wants to deepen roots along the border 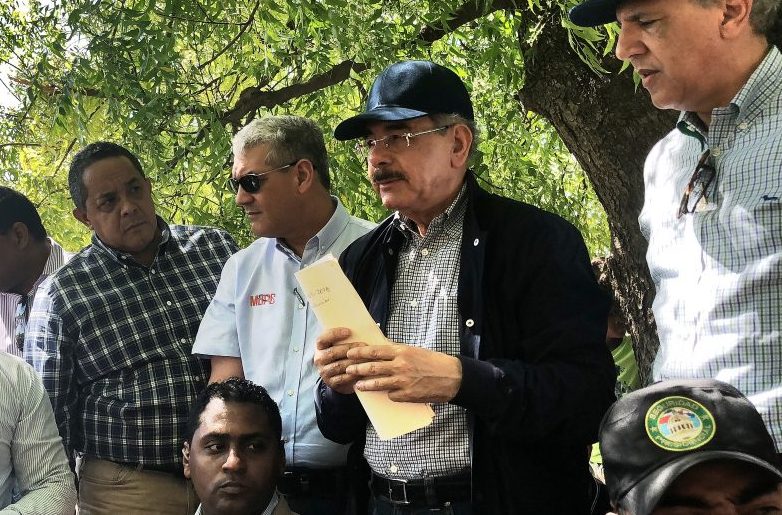 Santo Domingo.- President Danilo Medina said in Jimaní (west), yesterday that the government’s policies along the border seeks to deepen the roots of the Dominicans in that area, so that they don’t abandon their lands and also have something to live on.

The Presidency tweeted that Medina will continue visiting the border in the coming Sundays “to see how we can help people who are living in the border and don’t abandon it, they have something to live on.”

In the village of Tierra Nueva, the president promised to install pumps for an agro project, the completion of the streets, the construction of a school, power grid, a hospital, and a bus for students, among other works.

Medina met with the leaders of the agro project and of the community, who demanded a solution to  the lack of electricity and of water.

In one of Medina’s a surprise visit to the town on Sunday, the locals told him that “we have seen the light at the end of the tunnel with you” and demand the projects they affirm improve their living conditions.