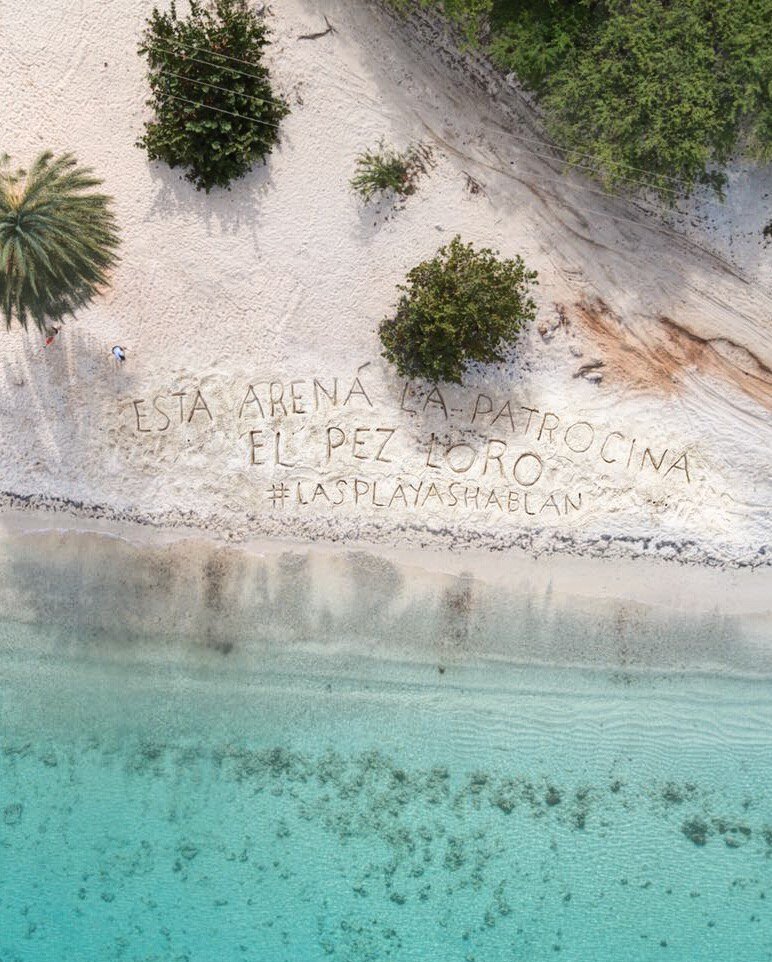 "This sand is sponsored by parrotfish - the beaches speak." Image from eldia.com.do

Santo Domingo.- For the second year running, leading Dominican Republic supermarket chain Jumbo is organizing a campaign to raise public awareness about the importance of not eating “pez loro” (also known as “pez cotorra”) or parrotfish, a species that plays an essential part in the process of sand formation for the country’s beaches.

The campaign is focusing on beaches all over the country with the support of the Ministry of Environment and Natural Resources, which has introduced a formal ban on the consumption of several marine species, including parrotfish.

According to a press release from Jumbo, parrotfish feed on seaweed from coral reefs and grind it up as part of the digestion process before defecating it in the form of sand. Just one parrotfish can produce up to 220 pounds of sand every year.

“If we go on eating this fish we will no longer have any beaches, and without beaches there is no tourism,” says the communiqué.

Jumbo adds that during this Easter vacation they want to take the message even further because it is the time of year when a lot of fish is traditionally eaten and large numbers of people go to the beach.

Teams organized by the company and the Environment Ministry will be traveling to coastal areas all around the country this Thursday. They will be accompanied by a group of artists who will draw giant messages in the sand asking the public not to eat or sell parrotfish.

Using the #LasPlayasHablan (“the beaches speak”) hashtag, this initiative is aimed at raising awareness about the importance of protecting this fish species by encouraging everyone to be concerned about the environment and to unite for a cause aimed at conserving the sand that makes up our country’s beaches.