The US pouts at China-Dominican Republic ties: Efe 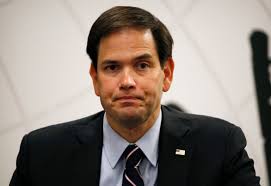 Washington.- The United States Government denounced Wed. that the China-Dominican Republic agreement which led the Caribbean country sever diplomatic ties with Taiwan “does not contribute to regional stability,” Efe reports

“These efforts to alter the status quo do not help and do not contribute to regional stability,” a senior State Dept. official told Efe who preferred to remain anonymous.

“The United States,” they said, “urges China to work to restore a productive dialogue and prevent further escalation or destabilizing movements.”

Washington, they added, “has a deep and long-standing interest in stability in closer relations and believes that the dialogue between the two sides (China and Taiwan) has allowed for peace, stability and development in recent years.”

The Dominican Republic announced on Monday the establishment of diplomatic ties with China, and breaks with Taiwan.

US senator Marco Rubio on Tuesday accused China of “bribing” the Dominican Republic to cut ties with Taiwan and asked the US Congress to do more to counter Beijing’s influence in Latin America.