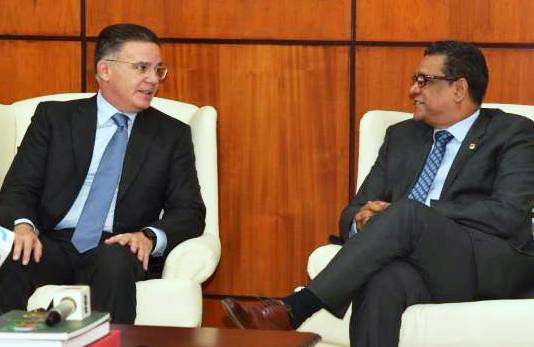 Santo Domingo.- National Business Council (CONEP) president Pedro Brache on Monday called on the political class to leave aside their differences on the primary elections to provide the country with the Parties and Campaign Law.

He warned that if they fail to achieve a consensus, society will demand answers. “It would be a very important signal. The country expects a law of parties and an electoral law and I think that politicians have to understand that if they do not give of themselves, then, somehow, there’ll be hell to pay.”

Nonetheless, Brache said he’s upbeat and believes that, “as in other occasions,” Congress will reach an agreement and the bills will be approved to regulate the country’s party and electoral system.  “The country awaits this to happen. I think that in the matter of the primaries the politicians have to agree.”

However, the business leader considered that there are more significant aspects to be dealt with than the internal election mode of candidates of political parties, such as the aspect of transparency.

“For the private sector there’s something more important than talking about open or closed primary. Definitely the issues that have to do with transparency, with financing, with the internal organizations of the parties are issues that interest many sectors and citizens,” he said.

He reiterated that the country needs a law that clearly defines how all political parties should make transparent use of taxpayer money. “We’re advocating that attention be paid to the issue of transparency. We understand that politicians are called to agree.”