Beijing: Medina’s visit to China will seal the deal 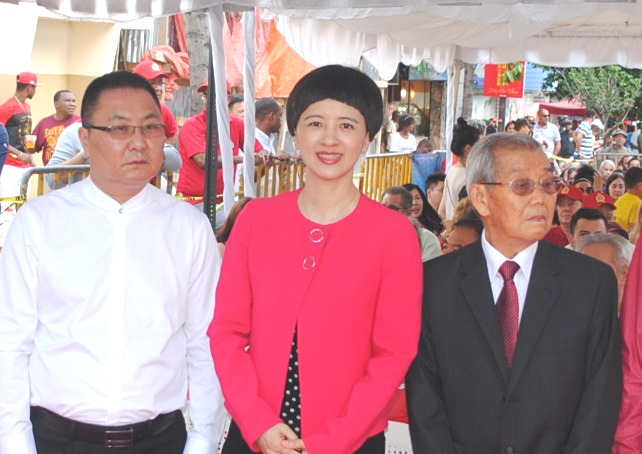 She said part of those agreements will generate “a lot of jobs,” which will benefit the Dominican people.

“We are going to establish as a working table the preparation of a visit by president Danilo Medina and for this visit both parties have to work intensively so that during his stay in Beijing, a dozen cooperation agreements will be signed that will be beneficial for both nations,” the diplomat said, interviewed by CDN, channel 37.

She said diplomatic relations between the two peoples will have a positive impact, especially in areas such as politics, international cooperation, trade, investment, infrastructure, education, among others, whose results “will be immediate” in the medium and long term.

The diplomat said those areas of priority set by both sides during the signing of the statement in Beijing.

“Tomorrow, Wednesday, I will hold a meeting with Foreign minister Miguel Vargas and I believe that in three weeks we will keep the name as China’s Business Development Office and I will still be the representative, but within a month, when we finish the paperwork, we will change the name from office to embassy.”