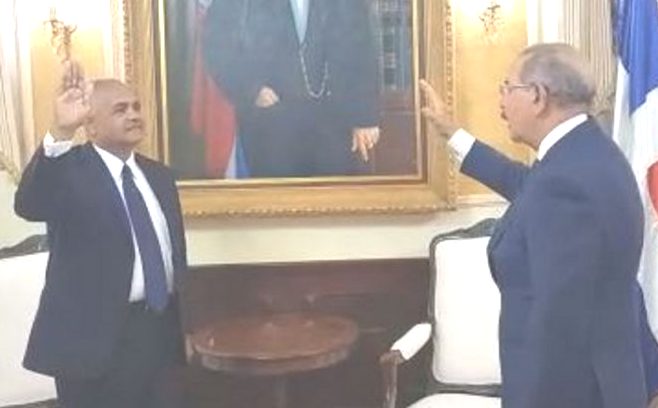 Santo Domingo.- The new Agriculture minister, Osmar Benítez, on Fri. said his priority is to safeguard and strengthen health programs such as animal, plant and food safety, to guarantee the health of the Dominican people and the countries that buy domestic goods.

Benítez, after being sworn in by president Danilo Medina, in the National Palace, said the programs must be bolstered. “We’ll strengthen our land border we’re going to be strict with that, in terms of protecting the health of our production, and the maritime and air borders as well, let’s work on that.”

He said the purpose to support to export policies; an issue which he affirms has been discussed with the President a long time. “We will work with a group of agro products so that each one can generate 50 million dollars each year, to create more jobs and wealth in rural areas.”