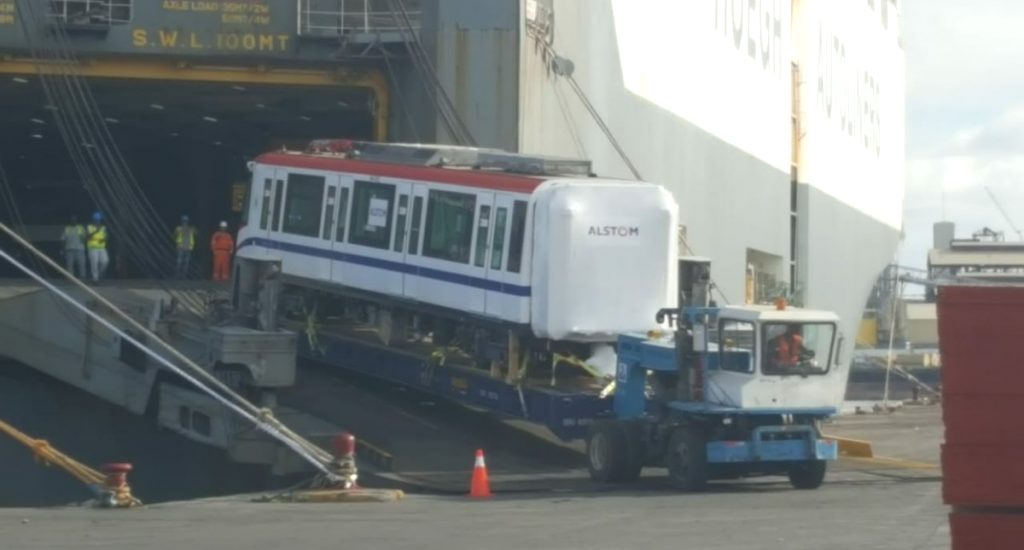 Santo Domingo.- Six cars to install the first two trains of the Santo Domingo Metro Line 2 arrived at Haina Port on Tues., and will be transferred Wed. to the Transport Reform Office (OPRET) headquarters for inspection and assembly.

There will also be the corresponding tests and then join line 2 after its inauguration next month, said OPRET PR Wilson Mejía, who assured that the inauguration will be in Aug., but didn’t specify the day.