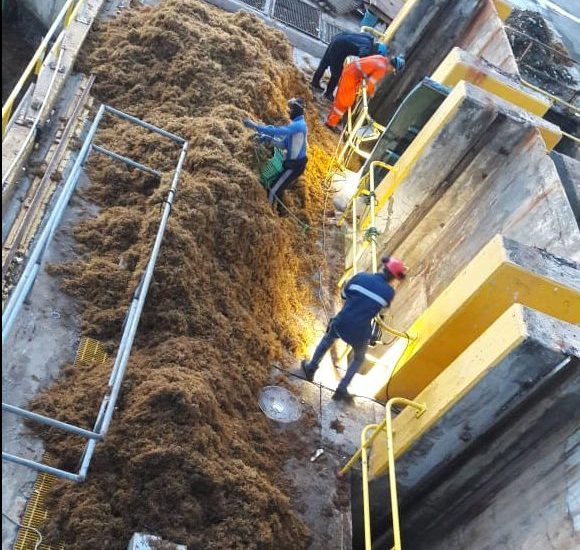 Santo Domingo.- Dominican Republic’s power  companies grouped in (ADIE) on Thurs. said more than 30 tons of seaweed forced the shutdown of the Itabo plants to purge the cooling system.

Despite the plants’ outage Wed. night the power companies said they were poised to supply 10% more energy than the demand. “The electricity that was consumed in the system during this period reached an accumulated value of 75.88 GWh. Therefore, there was an accumulated reserve of 7.64 GWh.”

In a statement, ADIE said that despite that the plants are equipped with mechanism to prevent the entry of seaweed, “the enormous amount that reaches massively from the Sargasso Sea, located in the northern Atlantic, forced the interruption of the operation.”