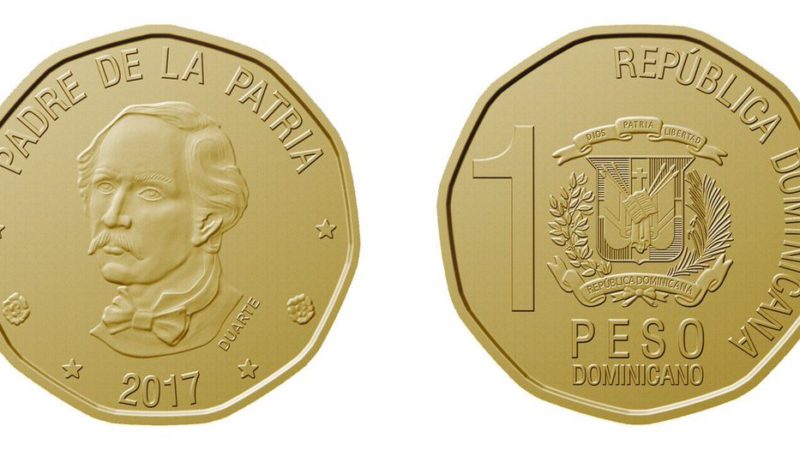 Santo Domingo.- Dominican Republic’s Central Bank as of today Mon. puts into circulation the coin of RD$1.00, year 2017, with the inscription Peso Dominicano under the National Coat of Arms. It said all minting of Dominican currencies – from 2017 coinage onward – will bear that same inscription.

“The Central Bank proceeds with this issue in compliance with Article 229 of the Constitution of the Republic, promulgated on January 26, 2010; and of Article 25, literal c of the Monetary and Financial Law No.183-02 dated November 21, 2002, it said on its website.