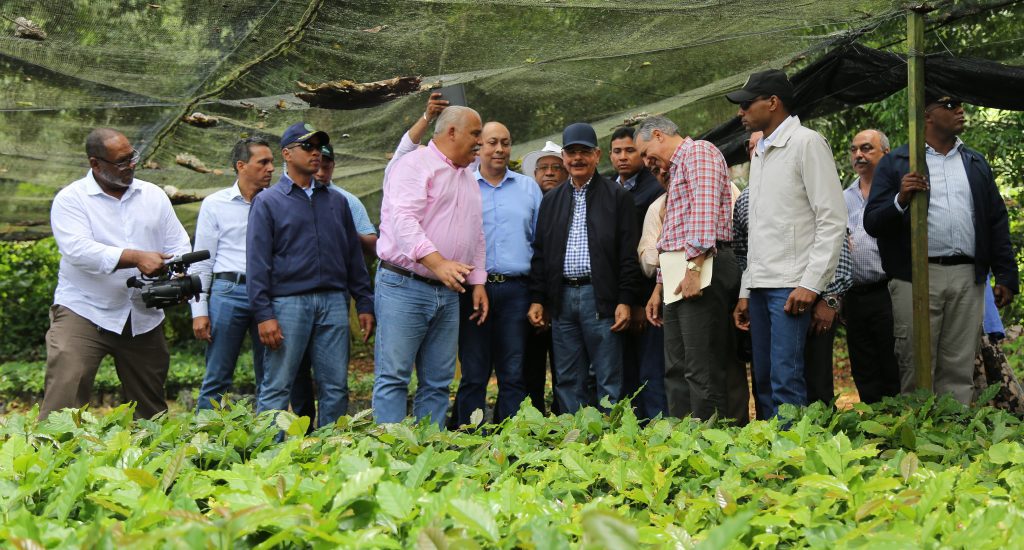 In one of his “surprise visits,” Medina said farmers would increase their income through a gender equality and environmentally sustainable project.

The 3-year project includes planting coffee and cocoa on around 1,500 hectares which will create 1,322 jobs to benefit 6,700 inhabitants of the highlands.

After listening to the community leaders’ proposal, Medina announced the delivery of coffee and cocoa seedlings and the installation of a nursery with one million forestry and crop plants.

He also announced repair to 100 housing projects, and the donation of 100 milk cows to 100 women for a livestock project.