Pros and cons of reforesting with avocados 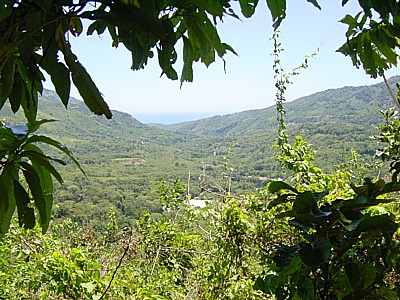 Santo Domingo.- From 2013 to mid-2018 the Dominican Republic exported US$170.6 million in avocados, according to Customs, as he country seeks to remain in a market with a marked commercial and gastronomic interest abroad.

Butt environmental issues surge because of the amount of water needed to grow avocados and because part of the production is found within a protected area.

Although specialists say the plant isn’t suitable for reforestation, the Government seeks ways for sustainable production.

“The varieties with the highest international demand, such as the Hass variety, require special geographical conditions such as altitude, annual average temperature, etc. The favorable places for this variety are found in the highlands of the country, where most of the rivers originate,” said José Martínez, agronomy advisor.

The Agriculture Ministry estimates that 25% of the national production is of the Hass variety.

He said avocados are grown in the hills of Pedernales province, where it is estimated that plantations cover some 4,500 hectares at Sierra de Bahoruco National Park with a predominantly Haitian workforce. “The avocado, because of its size protects from erosion but in general it consumes more water than smaller crops.”

Pedernales growers have denied that they generate a negative environmental impact since they are not deforesting. They argue that short-cycle crops were cultivated in those lands and the planting of avocados is a type of reforestation.

Martínez however says its demand for water and the fact that it’s not endemic to the area is a point which environmentalists stress. “No agricultural crop replaces a forest.”