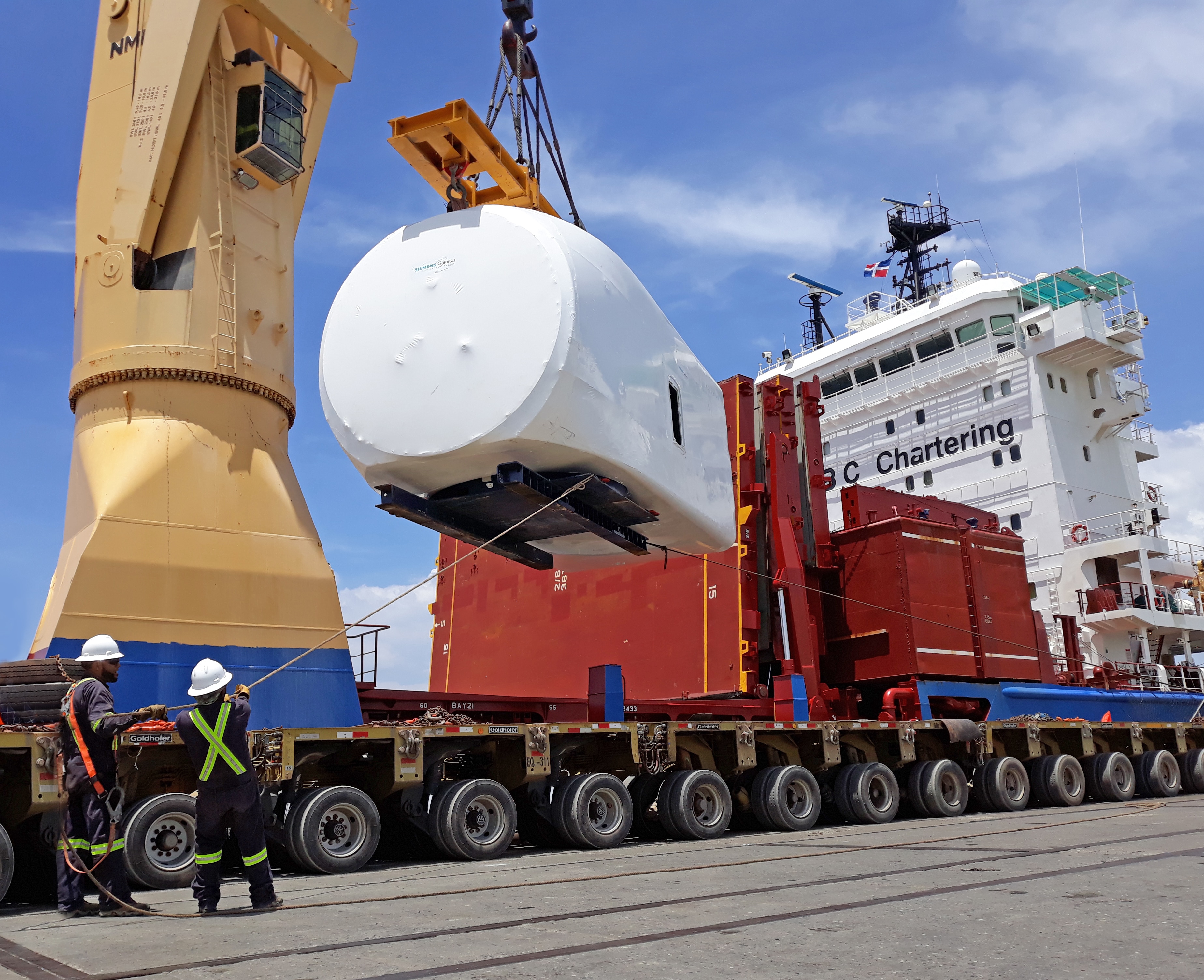 Santo Domingo.- Shipping company Marítima Dominicana announced Mon. that it has joined the construction of the wind farms at Agua Clara and Guanillo (northwest).

The company, leader in cargo and integrated logistic services, will be in charge of hauling the parts of the mills for both parks. “Each one will have 25 wind turbines with a nominal capacity of 50 MW, for a total of 100 MW that will be incorporated into the national electricity system.

It’s estimated that over 70,000 households in Montecristi, Puerto Plata and Valverde provinces will benefit from the plant.

“The transport phases have already been initiated with the first ships arrived with components for the Agua Clara project, containing 13 nacelles, 12 hubs, 32 sections of towers and 24 vanes,” the shipper said quoted by acento.com.do.

“It is very satisfying for us to join this important project that promotes the socioeconomic development of the country through the generation of employment, the improvement of the quality of life of the inhabitants, and care for the environment,” said Marítima Dominicana senior vice president for traffic and projects, Karsten P. Windeler.