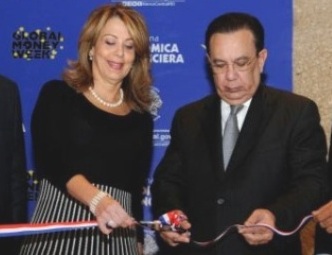 Valdez Albizu began his career with the Central Bank in 1970 as a technical assistant in the Economic Studies Dept., achieving numerous posts.

He was appointed Central Banker for the first time in 1994, and has held the post in the presidencies of Joaquin Balaguer, Leonel Fernandez, and currently with Danilo Medina.