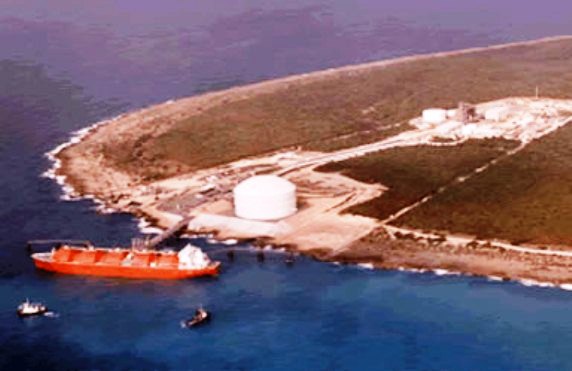 It said AES Andres B.V.’s ratings reflect the Dominican Republic’s (DR) electricity sector’s high dependency on transfers from the central government to service their financial obligations, a condition that links the credit quality of the distribution companies and generation companies to that of the sovereign.

The rating of the notes considers the combined operating assets of Andres and Dominican Power Partners (DPP) (jointly referred to as AES Dominicana), which are joint obligors of AES Andres’s USD270 million notes due 2026.

“Additional funds will be used for small capex projects and to provide a working capital liquidity cushion. Last year, DPP completed a significantcapacity expansion in the form of conversion to a combined-cycle plant, substantially increasing its proportional revenue and EBITDA contribution to the combined results of the Andres/DPP.”

The rater said the Negative Rating Watch reflects the uncertainty surrounding the near-term financial impacts of a lightning strike that disabled AES Andres’s generation units on Sept. 3, 2018. The company maintains insurance for both business interruption and for property damages.

“However, until the technical assessment of the damage is complete, the related costs and the duration of the plant outage will be unclear. Similarly, the final determination of the event will be necessary in establishing AES Andres’s liability under its existing PPAs, which have exceptions for force majeure.”

“Sector Dependence on Government Transfers: High energy distribution losses (above 30% in last five years), a low level of collections and important subsidies for end-users have created a strong dependence on government transfers. This dependence has been exacerbated by the country’s exposure to fluctuations in fossil-fuel prices and energy demand growth.

“The regular delays in government transfers pressure working capital needs of generators and add volatility to their cash flows. This situation increases the risk of the sector, especially at a time of rising fiscal vulnerabilities affecting the Central Government’s finances.

“High-Quality Asset Base: AES Andres has the DR’s most efficient power plant, and ranks among the lowest-cost electricity generators in the country. Andres’ combined-cycle plant burns natural gas and is expected to be fully dispatched as a base-load unit as long as the liquefied natural gas (LNG) price is not more than 15% higher than the price of imported fuel oil No. 6.

“Moreover, AES Andres operates the country’s sole LNG port, offering regasification, storage and transportation infrastructure. In the medium term, the company is also looking to expand its transportation network and processing capacity for its LNG operations. In July 2017, the aggregate capacity of AES Dominicana increased by approximately 122MW as result of the development of a combined cycle facility in DPP’s power plant.

“The combined credit metrics for Andres and DPP are strong for the rating category. EBITDA of USD194 million reflected higher gas prices and commencement of operations from DPP’s completed combined cycle unit. As of YE17, the companies’ total gross leverage was 2.7x from 3.4x in 2016, while total net debt-to-EBITDA stood at 2.4x, part of a medium-term deleveraging trajectory that should place the company below 2.5x gross leverage.

“In the short term, leverage could deteriorate during the repair phase of Andres’s plant. The longterm impact of the Punta Catalina project on PPAs will likely result in a significant downward shift in prices in the near term for the system as a whole, particularly considering the pipeline of renewable energy projects. Andres and DPP, however, are substantially contracted through 2022.

“The companies’ combined low leverage provides them with cushion for the eventual revaluation of PPAs as well as the recent plant stoppage. Growth in the Dominican Republic’s gas demand could also help partially offset the long-term pricing effects for the issuers, as Andres currently operates the country’s sole LNG regasification port.

“Average accounts receivable days decreased slightly to 84 days from 98 days at YE2016 following a transfer of USD65 million in receivables from the state-owned DisCos to the Central Bank of the Dominican Republic.

“Fitch has previously stated that it expects that receivable days for generators will likely exceed 90 days, barring another transaction similar to the quasifactoring agreement executed in 3Q15.