US envoy in Dominican Republic upbeat but China looms large 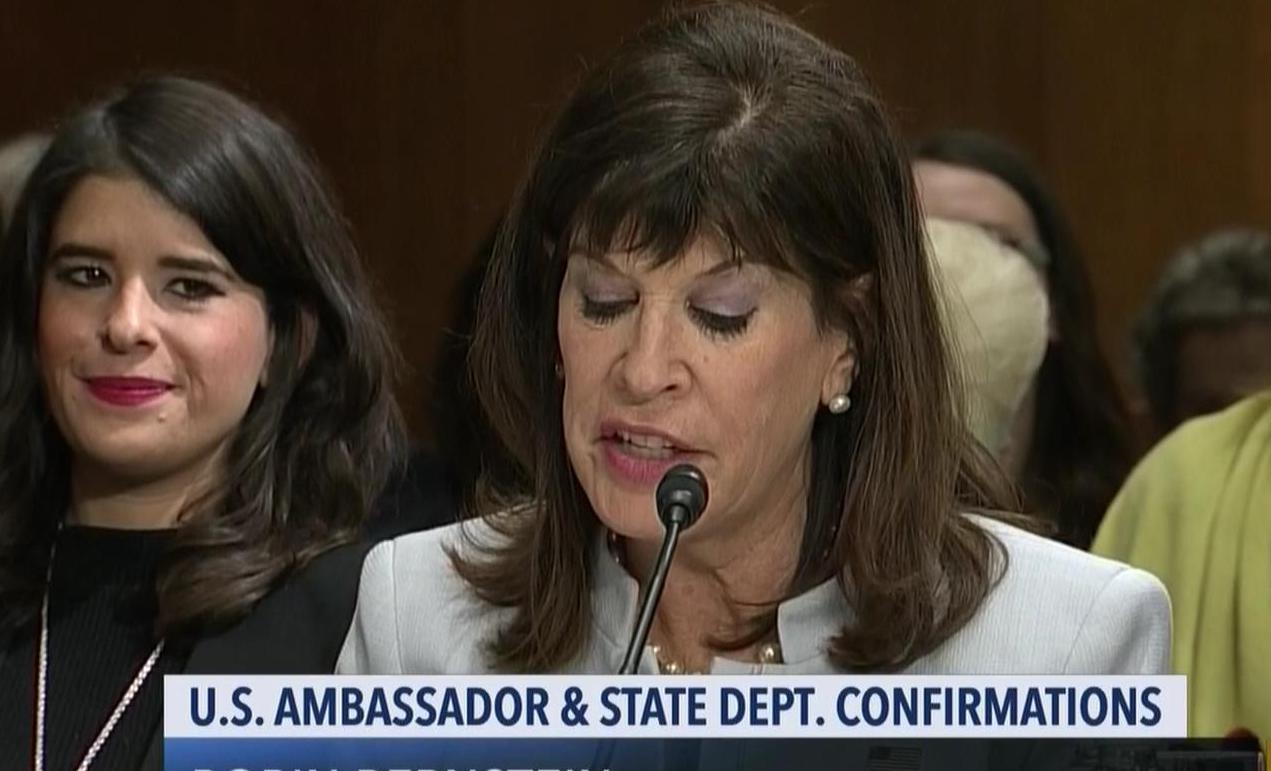 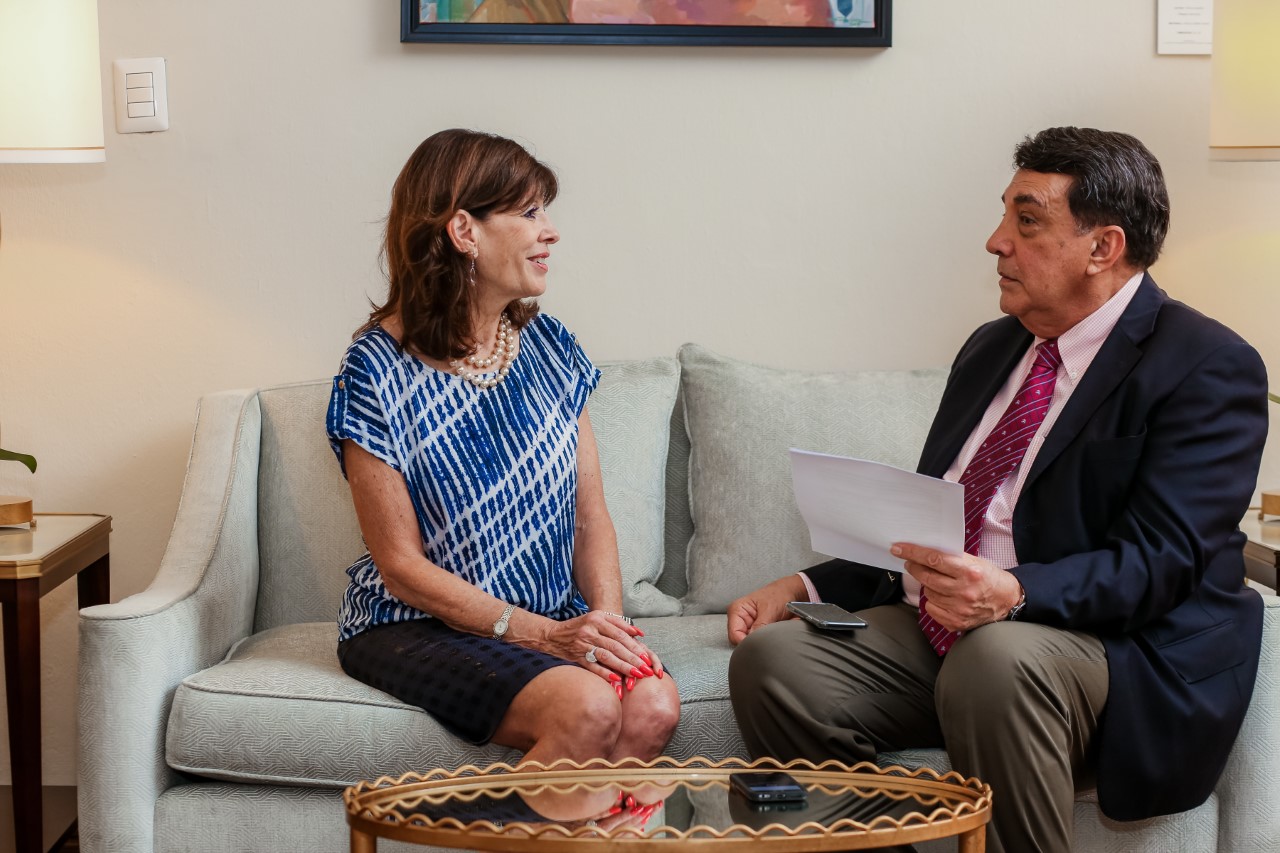 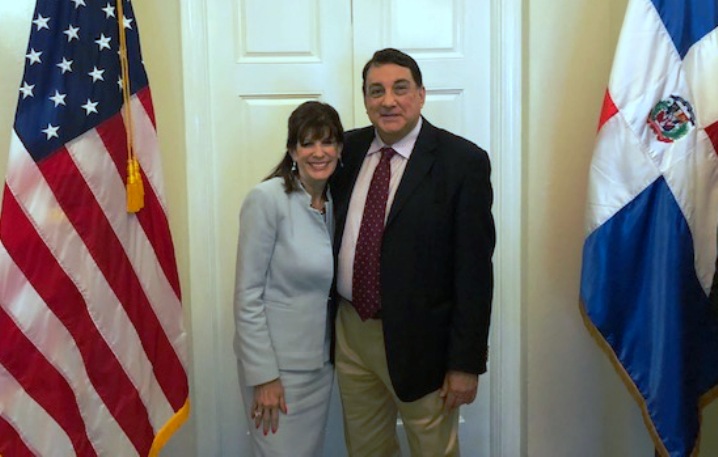 By Miguel Terc, US editor

Santo Domingo.- United States ambassador to the Dominican Republic, Robin S. Bernstein, on Thurs. laid out her goals to accomplish during the course of her mission as Washington’s envoy to the Caribbean nation of 10.5 million, where “everybody is smiling.”

“From the minute I stepped off the airplane I was able to hit the ground running and really be at my best,” the new US Ambassador said in her first exclusive interview for Dominican media.

The diplomat stressed that Washington is not considering rolling back at this time the amount of aid to the Dominican Republic, whose decision to establish ties with China at Taiwan’s expense raised eyebrows in the US State Dept. an prompted her recall for consultation together with other US envoys in the region.

RB: The US just wants a level playing field and the US investors need that for further investment in the DR.

What are your priorities as ambassador?

RB: The fight against crime, security, education, trade and investment and health. Citizen security and the rule of law are just as important to the US tourists and investors as it is to Dominicans and it is one of our priorities.

How will the US help fight government corruption?

RB: We will work with the Attorney General at their request to provide intelligence and security to combat corruption.

The US Ambassador also answered Dominican Today’s questions on other topics such as relations with Haiti  the love for baseball, the economy, among others to be published in subsequent articles.

Ambassador of the United States of America to the Dominican Republic

Ambassador Robin S. Bernstein was sworn-in as the United States Ambassador to the Dominican Republic by President Donald J. Trump, on July 3, 2018. She served as President and Director of Richard S. Bernstein and Associates, Inc. and Vice President and Director of Rizbur, Inc., both of West Palm Beach, Florida, until her resignation on June 29, 2018, after her confirmation as an Ambassador by the U.S. Senate. Her four decades of experience in business, government, and the non-profit community have demonstrated her dedicated and successful leadership and management. Her wide variety of contacts in the business, political and non-profit sectors have enabled her to contribute in many fields, such as education, disaster relief, and women’s empowerment.

Over the course of her career, Ms. Bernstein has developed extensive experience as an entrepreneur, business consultant, insurance broker, real estate broker and registered representative of numerous companies. She accompanied Florida Governor Jeb Bush as a member of his international trade mission to Israel in 1999. She was the Administrative Assistant to a County Commissioner of the Palm Beach County Commission, West Palm Beach, Florida and Executive Secretary to the Assistant Secretary for Policy at the U.S. Department of Commerce in Washington, D.C. Ms. Bernstein has worked as a campaign manager for Federal election campaigns and as a member of a Presidential transition team. She has shown a demonstrated commitment to the non-profit sector and has served on many boards and councils. She is the Co-Founder of Palm Beach County Cares, a Florida relief effort for victims of Hurricane Maria in Puerto Rico and the U.S Virgin Islands.

Ms. Bernstein earned a B.A. in Language Area Studies from the American University, School of International Service, and an M.B.A. from George Washington University. She received the Women in Leadership Award from the Executive Women of the Palm Beaches. Ms. Bernstein speaks French and intermediate Spanish.