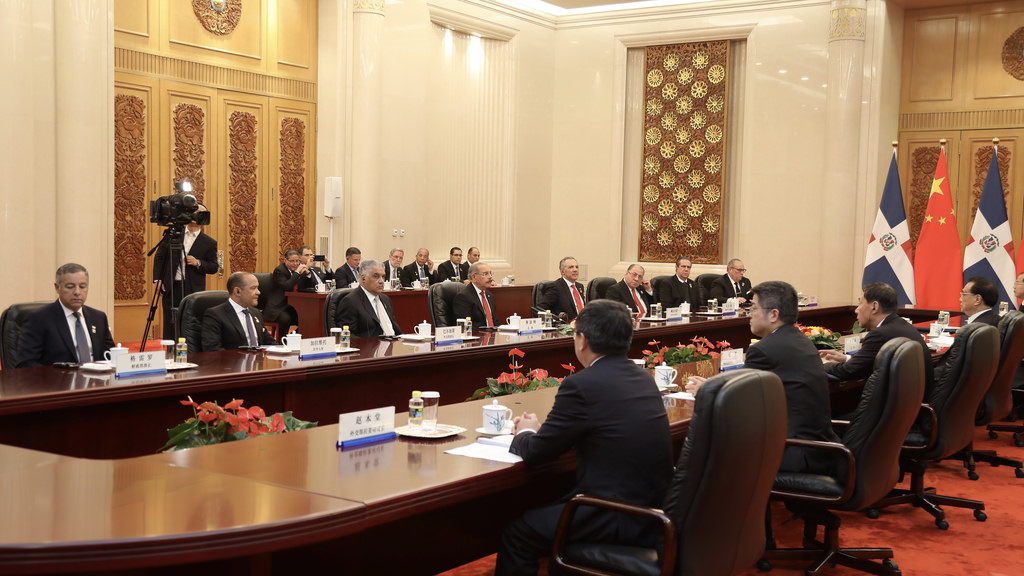 Beijing.- President Danilo Medina on Fri. held a work meeting with China counterpart, Xi Jinping, and were honorary witnesses in the signing of agreements in various areas.

Long on text but short on substance, the announced agreements don’t include specific figures on ambitious joint projects, such as the much-touted Santo Domingo-Santiago railway

A statement from the Presidency lists the agreements and MOUs signed by the two nations: