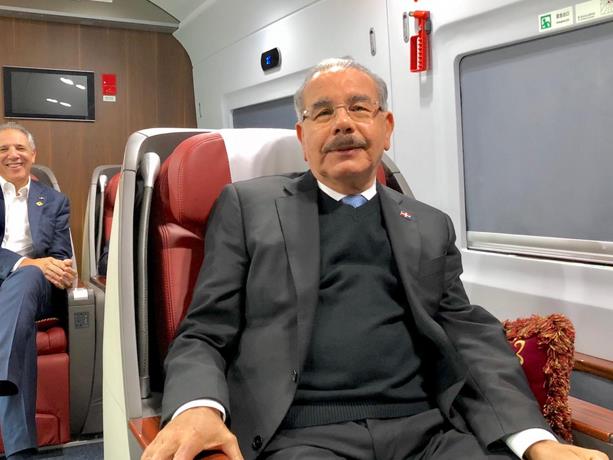 Shanghai.-  President Danilo Medina, who is on a state visit to China, arrived in Shanghai Sat., after a 4-hour ride in a bullet train from Beijing.

“President @DaniloMedina arrives at the Shanghai Hongquiao station in Shanghai after a trip of just over 4 hours and is received with great cordiality by municipal authorities,” tweeted Presidency spokesman Roberto Rodríguez Marchena.

Previously Rodríguez said Medina had boarded the train at the Beijing South station to go to China’s industrial center, some 1,200 kilometers south of the capital.

According to the Presidency, Medina participates in China’s International Import and Export Expo taking place in Shanghai.

As part of the official visit the Dominican leader has signed several agreements ranging from cooperation in financial, commercial, agricultural and educational matters, to immigration, tourism and air navigation among others.