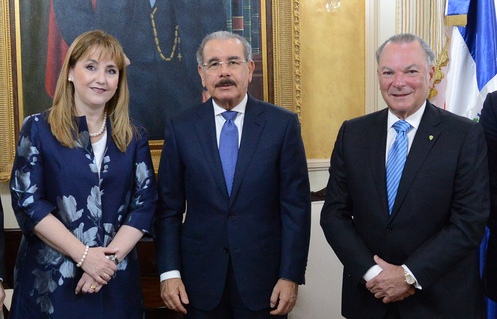 Santo Domingo.-  Dominican Republic’s in income from tourism in Central America and the Caribbean , with revenue of US$39.5 billion in the last six years, according to Govt. figures provided Tues. after a meeting between president Danilo Medina and World Travel and Tourism Council president Gloria Guevara.

Tourism mogul Frank Rainieri, who also attended the meeting in the National Palace, labeled the World Travel and Tourism Council is a key of the private sector organization, “with over 130 companies in the world.”

According to a statement from the National Palace, Rainieri heaped praise on Medina, as “the biggest driver of tourism in the history of the country,” adding that data for 2017 show that tourism accounts for 17.2 percent of GDP.