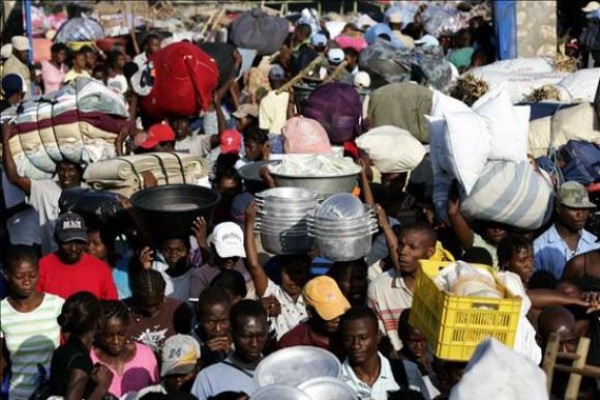 Time to halt this...

Santo Domingo.- Dominican Republic.- Foreign minister Miguel Vargas announced Wed. that the Government has long sought to formalize a trade agreement with Haiti and eliminate the hurdles and irregular situations that have hindered commerce between both countries.

Interviewed by Santo Domingo Technology Institute (INTEC) Social Communication students, the official said Haiti is a strategic partner for the Dominican Republic, and regrets that an agreement has yet to be forged.

He said a pact would benefit not only the Dominican Republic, with the placement of a higher  number of products, but also the neighboring nation, which will charge tariffs and taxes and benefit from an increased trade volume.

Vargas added that another result of such an agreement could be to control the Haitian government’s restrictions imposed on Dominican products and generate a viable trade flow.