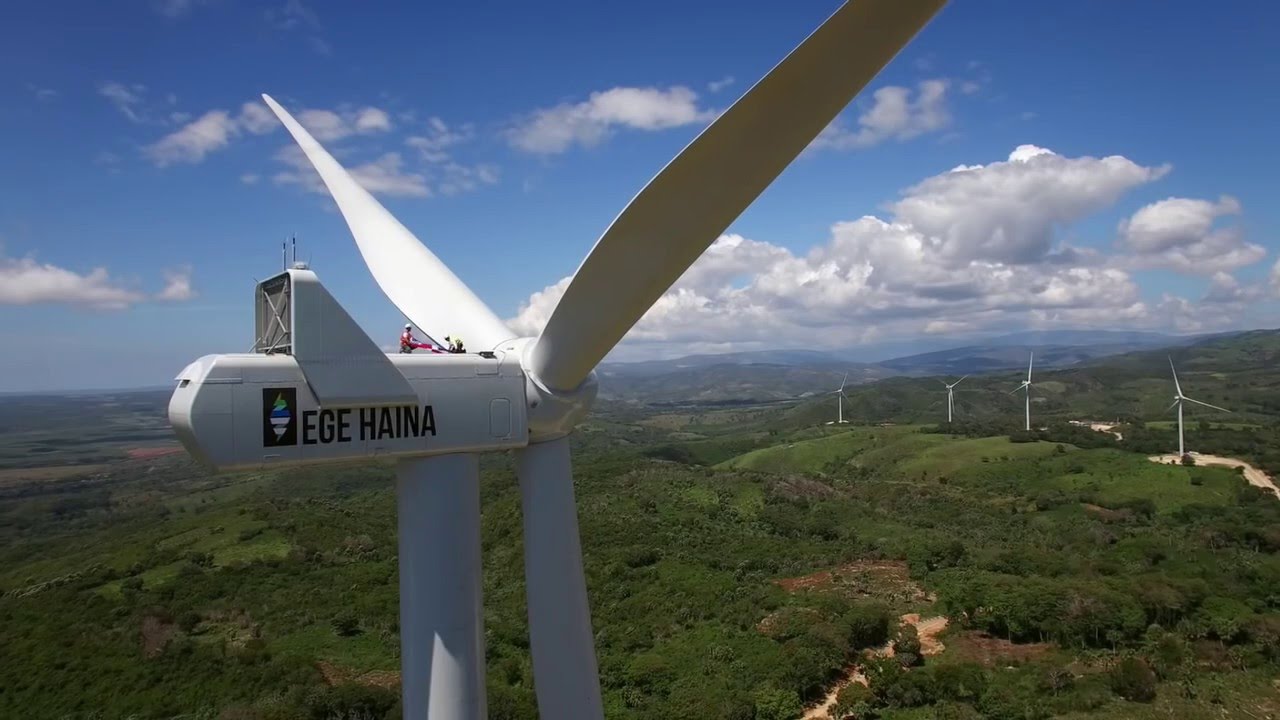 Barahona, Dominican Republic.- President Danilo Medina on Wed. flipped the starting switch on the second phase of the Larimar Wind Farm that will add 48.3 megawatts to the national grid with an annual production of 165,000 MWH.

The new park features 14 Vesta-117 wind turbines rated as the most powerful in the Caribbean, with a height of 150 meters and 3.45 megawatts output each.

“Larimar’s second phase together with the Los Cocos Wind Farm (southwest) and the first phase of Larimar itself, EGE Haina reaches 175 megawatts of clean energy from a total of 69 wind turbines, which will avert the annual emission into the atmosphere of 300,000 tons of CO2 and the import of 900,000 barrels of oil, which translates into significant savings of foreign exchange,” EGE Haina said in a statement.

The Larimar Wind Farm’s second stage was built over a period of one year at a cost of more than US$100.0 million and with 90% of Dominican labor, from the nearby towns of Enriquillo, Caletón, La Ciénega, Paraíso, Juancho, Los Cocos and Oviedo.