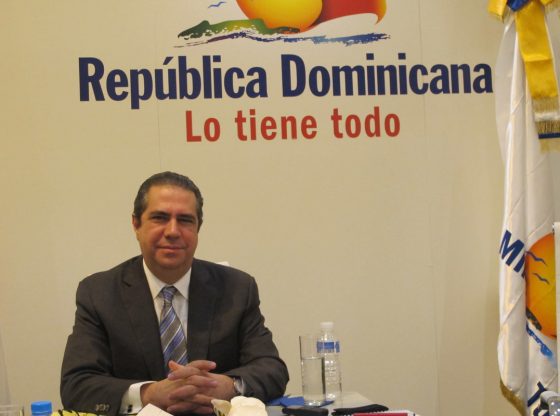 The Minister of Tourism, Francisco Javier García said that this moment has arrived for this destination on the north coast of the country, an affirmation evidenced in the numerous vital investments made in recent years in this region.

He described the Bride of the Atlantic as a privileged province for housing a hotel chain like Lifestyle: a resort that exhibits one of the highest levels of occupancy in the area.

Francisco Javier offered these statements at the inauguration of the Presidential Suites by Lifestyle, with the presence of the President of the Republic, Danilo Medina, among other authorities and personalities linked to the industry, built with an investment of 36 million dollars, will contribute 200 new direct jobs and some 600 indirect jobs to the destination.

He also said that the construction of three new hotels had been announced in the previously mentioned provinces and that they are to begin those projects early 2019.

Similarly, he announced that next January the construction of a new port will start, while ensuring that “it will be the cruise terminal that will receive the most cruise passengers in the country, and will ensure Puerto Plata an economic dynamism it has seldom had it in its history,” observed García.

He revealed that by order of President Medina, the city council received a budget of 250 million pesos that will have to be invested in the technical closure of the landfill of Puerto Plata, as well as to acquire and designate another property where it will be established again, along with the proper construction of the new landfill.

Similarly, the president of Grupo Lifestyle, Marcus Wischenbart, reiterated his commitment to continue investing throughout the country, especially in Puerto Plata, where he established his first hotel, whose growth currently generates more than 4 thousand 500 direct jobs and about 12 thousand indirectly.

“As this year nearly ends, our contribution to the treasury so far will be around one billion pesos, in addition to the four billion we contributed in the last five years” explained wischenbart.

Likewise, Patrick Sleezer, speaking on behalf of Grupo Wynn, a strategic partner of the newly opened hotel, reiterated his confidence in the Lifestyle Group to manage the new infrastructure of accommodation and entertainment, with the five-star level that characterizes the brand, due to the success of that company in the Dominican Republic.

It is the third previously mentioned modality managed by the Lifestyle Group, located on the main road of the Municipal District of Cabarete with a total of 13 buildings composed of one, two, and three room units, at the end of their stages.

It has 105 units for a total of 131 rooms in this first stage, which in its entirety includes 163 components that offer the visitor a new concept of comfort and exclusivity.

The blessing of the new hotel installation was in charge of Monsignor Julio Cesar Cornielle Amaro, Bishop of the Diocese of Puerto Plata and President of the Tourism Pastoral of the Conference of the Dominican Episcopate.